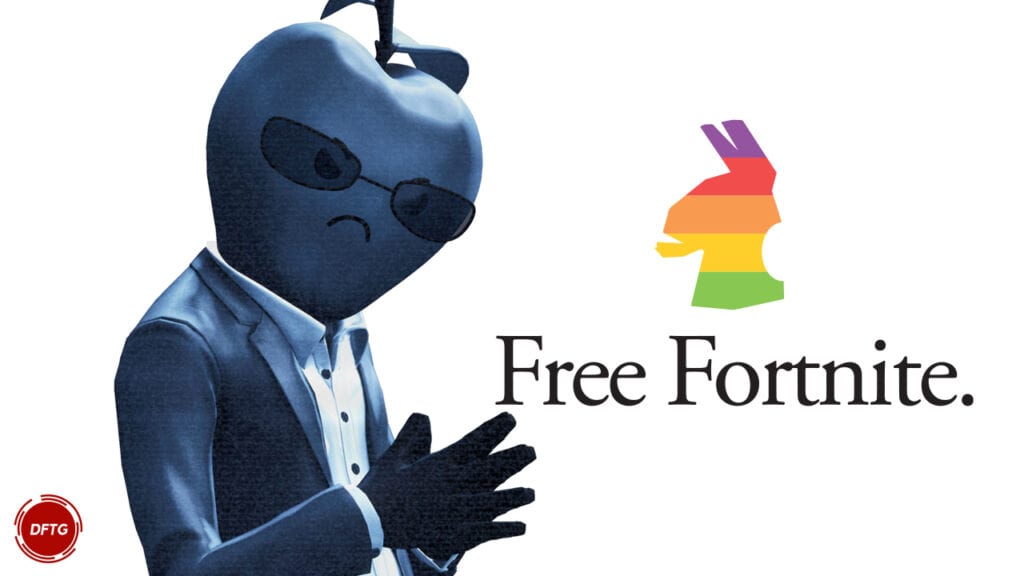 Fortnite’s legal saga started over a year ago when the game first offered its own method of purchasing digital V-Bucks currency directly from Epic Games, circumventing Apple’s 30% store cut for all microtransactions and effectively declaring war against the iOS App Store. Apple swiftly banned Fortnite and engaged in legal fisticuffs with Epic. In the time since, the two companies have only continued to trade blows with one another, and various internal details have come forward about each company’s goings-ons.

As the suit reached its conclusion this weekend, a ruling was finally reached in the Epic Games vs. Apple lawsuit, with major changes now on the way to the iOS App Store. Deemed as a violation of California’s Unfair Competition Law, Apple is now required to drop restrictions for third-party in-app purchases, allowing Epic Games (or any other company) to offer direct microtransactions from within its respective app. This change is officially set to take effect on December 9th.

“The trial did show that Apple is engaging in anticompetitive conduct under California’s competition laws,” Judge Yvonne Gonzalez Rogers said in the ruling (via GI.biz). “The Court concludes that Apple’s anti-steering provisions hide critical information from consumers and illegally stifle consumer choice. When coupled with Apple’s incipient antitrust violations, these anti-steering provisions are anticompetitive and a nationwide remedy to eliminate those provisions is warranted.”

So Epic lost on just about every count & will have to pay millions, while Apple now has to let apps use external payment processors, potentially costing them billions.

Big win for everyone who was rooting for both companies to lose pic.twitter.com/7V2o9PoSRz

While this renewed measure to Apple’s payment policies is likely to be a sizeable shift for the iOS marketplace, this conclusion didn’t exactly mark a “win” for Epic Games. Out of a total ten, only one of the publisher’s claims against Apple was taken into consideration, with the court disregarding accusations that Apple was maintaining an illegal monopoly. On the other side, the ruling also sided with one of Apple’s counterclaims against Epic, in which the Fortnite maker had breached its App Store contract by offering sales directly in-app.

Just as the ruling ordered Apple to change its iOS app policies, it also ordered Epic Games to pay a steep fine for intentionally violating its App Store contract. Of the cited $12 million USD revenue collected between August and October 2020, Epic was compelled to pay back 30%, which amounts to over $3.6 million USD. In addition, Epic was also ordered to pay another fine collecting 30% of all funds earned through its short-lived direct-pay implementation in Fortnite.

Today’s ruling isn’t a win for developers or for consumers. Epic is fighting for fair competition among in-app payment methods and app stores for a billion consumers. https://t.co/cGTBxThnsP

As neither side came out on top in this weekend’s conclusion, Epic Games CEO Tim Sweeney expressed his regret on Twitter regarding the court’s decision, saying it “isn’t a win for developers or consumers” and that the company is “fighting for fair competition among in-app payment methods and app stores for a billion consumers.” In addition, the figure also suggested this legal battle will only continue, assuring Epic will “fight on” until the company can assure “in-app payment in fair competition with Apple in-app payment, passing along the savings to consumers.”

Thanks to everyone who put so much time and effort into the battle over fair competition on digital platforms, and thanks especially to the court for managing a very complex case on a speedy timeline. We will fight on.

What do you think? Considering the resulting iOS store changes, should Epic Games simply cut their losses, or is Tim Sweeny right in continuing his “Nineteen Eighty-Fortnite” feud with Apple? Let us know in the comments below and be sure to follow Don’t Feed the Gamers on Twitter and Facebook to be informed of the latest gaming and entertainment news 24 hours a day! For more shooter game headlines recently featured on DFTG, check out these next few news stories: