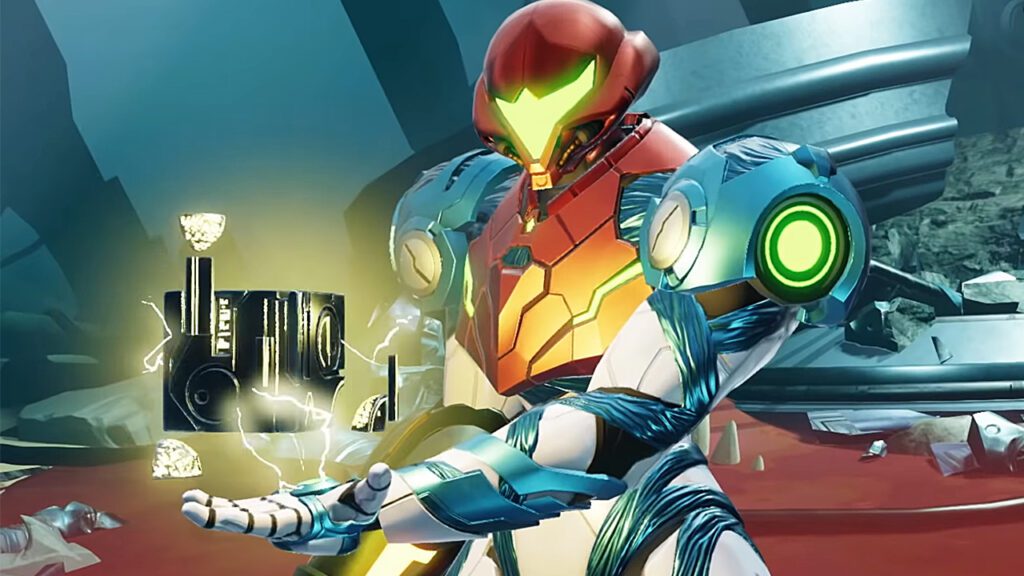 Ahead of the sci-fi platformer’s release, a new trailer has been unveiled for the awaited saga-ending sequel Metroid Dread. While developer MercurySteam recently offered a look at several enemies and abilities of the Nintendo Switch experience, a new overview trailer looks to catch players up with a more general encapsulation of the series’ unique exploration as well as this new entry’s emphasis on the word “Dread.”

Brining back protagonist Samus Aran, the footage tells of her travels to an “unexplored” outer space world called Planet ZDR, where an unexplored labyrinth of forests, waterways, and even volcanic locales aims to challenge players. Samus will be armed with a mix of new and old abilities, including the bounty hunter’s trusty Arm Cannon and Morph Ball combo, as well as the debut of the new slide mechanic and power-ups such as the wall-clinging Spider Magnet.

Lastly, while much of this weaponry is relegated for unlocking barriers and general traversal, of course, Metroid Dread will also see more than a few enemy encounters occur along the way. Among several “dread”-inducing beasts located on ZDR is the E.M.M.I., a legion of near-unstoppable Mr. X-type robots that can trigger an instant ‘game over’ if Samus is caught. Outside battles and exploration, players also have an ancient mystery to uncover involving a long-lost civilization, as well as an ominous Chozo figure encountered multiple times in the game.

Check out the #MetroidDread: Special Edition also releasing on 10/8, which includes the game, a steel game case, artbook, and art cards covering all 5 games in the 2D saga! pic.twitter.com/SKWK0ltFtr

In addition to the many gameplay offerings, Metroid Dread is also confirmed to have a physical Special Edition that collects the base game, a steelbook case, a set of art cards, as well as an official artbook. The release is also set to happen alongside a pair of amiibo figures, with one recreating Samus Aran’s new armor as well as another depicting an E.M.M.I. robot. Upon scanning them with the Nintendo Switch, both figures are touted as granting upgrades that offer assistance in exploration and battle. Each is available for pre-order from the Nintendo website.

Have an early look at the #MetroidDread Samus and E.M.M.I. #amiibo figures, releasing alongside the game on 10/8! pic.twitter.com/E3FSDgHzaa

What do you think? Are you excited to check out the new Metroid Dread for Switch? What did you think of MercurySteam’s previous game, the Samus Returns remake? Let us know in the comments below and be sure to follow Don’t Feed the Gamers on Twitter and Facebook to be informed of the latest gaming and entertainment news 24 hours a day! For more Nintendo headlines recently featured on DFTG, check out these next few news stories: