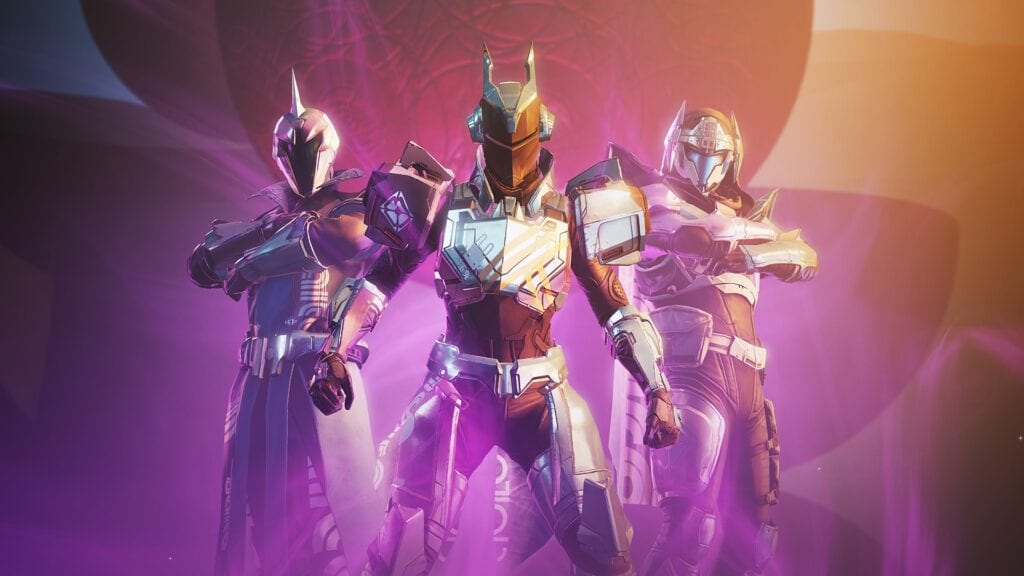 The recent Destiny 2 stream revealed plenty of exciting things for the Bungie MMORPG, particularly the upcoming Beyond Light expansion as well as the developer’s plans over the next few years. While Beyond Light is still a few months away, Destiny 2’s Season of Arrivals is looking to fill the gap between now and then with plenty of new story content, weapons, armor, and more.

As detailed on the official Destiny 2 website, Season of Arrivals has officially kicked off and runs through the launch of the Beyond Light expansion. The gameplay trailer for the season paints an interesting tale featuring mysterious Pyramid ships and an “obscured message” that emerges from the darkness. Check out the trailer below:

“Fragments of the vanquished Almighty burn in the sky, but celebration is cut short as mysterious Pyramid ships reveal themselves throughout the system,” the video’s description reads. “An obscured message emerges from the darkness. Is it a greeting, a threat, or something else altogether? Eris and Zavala call upon you to find out…”

On the less theatrical side of things, Season of Arrivals has already kicked off with the new PvE Contact event on Io, the new Prophecy dungeon, and new weekly quests that reward Pinnacle Gear. Additionally, new Triumphs and Seals will be obtainable between July 7th and September 22nd of this year, with a special Solstice of Heroes event that rewards new glowing legendary armor taking place between August 11th and September 8th. Here’s the calendar breakdown: 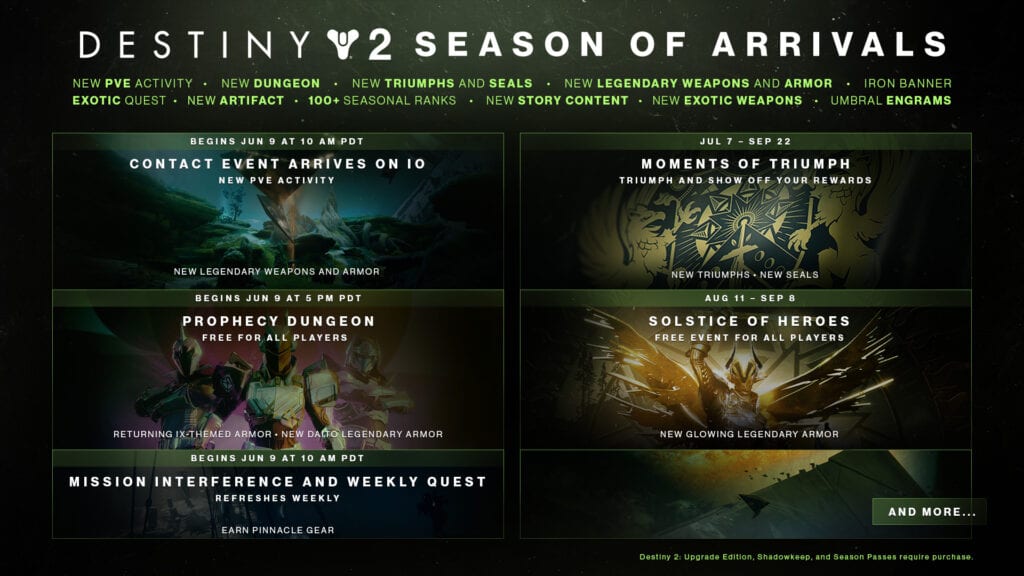 For more information on the new Season of Arrivals, check out the official website right here. Destiny 2: Beyond Light is slated to release on September 22nd.

So, thoughts on the Season of Arrivals? Let us know in the comments section below, and as always, stay tuned to Don’t Feed the Gamers for all the latest gaming and entertainment news! Don’t forget to follow DFTG on Twitter for our 24/7 news feed!