As the biggest forces in the gaming industry grow to record sizes and heights, one strategy to remain competitive lately has seemed to be to acquire popular gaming studios and developers. Perhaps the biggest case of this lately has been Microsoft’s intended acquisition of Activision Blizzard. While this deal has yet to finalize, its potential led Sony to respond by considering a major acquisition of their own making. This was revealed to be Bungie, the developer behind the popular Destiny franchise and previously the Halo series. Now, it appears that the Bungie acquisition has been finalized at Sony for PlayStation.

The agreement to acquire Bungie has closed. So now we can officially say… welcome to the PlayStation family, @Bungie! pic.twitter.com/x5jVmelaxl

Sony has released a new tweet on their official PlayStation Twitter account about the Bungie acquisition announcement. The tweet confirms that the legal proceedings have indeed closed, meaning that Bungie is now officially a first-party PlayStation family member. Bungie previously released an update earlier this year describing their reasoning for pursuing the acquisition, which states:

“In SIE, we have found a partner who unconditionally supports us in all we are and who wants to accelerate our vision to create generation-spanning entertainment, all while preserving the creative independence that beats in Bungie’s heart. Like us, SIE believes that game worlds are only the beginning of what our IPs can become.”

This update also mentioned that even though the Bungie acquisition was pursued, the developer somewhat suggested that Sony would give Bungie a certain amount of independence over their creative projects. Bungie has also stated interest in expanding the media presence of its franchises, with potential film, book, and tv adaptations to follow. This would certainly fall in line with Sony’s recent string of planned film and tv adaptations of their most popular PlayStation game franchises. Whatever happens, it’s good to see that the deal has closed and that Bungie now has a new hope to help them reach new heights and universes.

What do you guys think about the Bungie acquisition being finalized at Sony PlayStation? Let us know in the comments below! Be sure to stay tuned for the latest PlayStation news, such as the free games lineup for PlayStation Plus subscribers for July 2022, here on Don’t Feed the Gamers! Follow us on Twitter to see our updates the minute they go live! 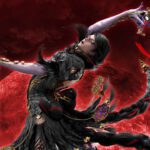