January has been a month filled with some of the most earth-shattering acquisitions in gaming history, and it appears the universe has yet one more before the inaugural month of 2022 comes to a close. In a new announcement made to GamesIndustry.biz, PlayStation parent company Sony Interactive Entertainment has announced its intent to purchase Bungie, the studio behind the original Halo games, Destiny, and Destiny 2, for the price of $3.6 billion.

As per the outlet, the deal will see the Destiny 2 studio become “an independent subsidiary” of SIE, with the Destiny 2 studio continuing to release on a multiplatform basis with an option “to self-publish and reach players wherever they choose to play.” SIE is said to support the studio’s goals of “making generation-spanning entertainment” while also “staying creatively independent.” The acquisition will also see the developer headed by a board of directors comprising Bungie CEO and chairman Pete Parsons as well as “the rest of the studio’s current management team.”

“We’ve had a strong partnership with Bungie since the inception of the Destiny franchise, and I couldn’t be more thrilled to officially welcome the studio to the PlayStation family,” SIE president and CEO Jim Ryan said in a statement. “This is an important step in our strategy to expand the reach of PlayStation to a much wider audience. We understand how vital Bungie’s community is to the studio and look forward to supporting them as they remain independent and continue to grow.”

“Like Bungie, our community is core to PlayStation’s DNA, and our shared passion for the gamer and building the best place to play will now evolve even further.”

​”Both Bungie and SIE believe that game worlds are only the beginning of what our IP will become,” Bungie CEO and chairman Pete Parsons added. “Our original universes have immense potential and, with SIE’s support, we will propel Bungie into becoming a global multimedia entertainment company dedicated to delivering on our creative vision.”

This acquisition is only the latest inter-company deal to take place this month, with the others seeing Take-Two buy Zynga and Microsoft purchase Activision Blizzard in two of the largest gaming deals in history. Sony’s large-scale buy also marks Bungie’s latest in several big acquisitions, firstly by Xbox as the studio behind Halo, and followed by Activision, which ended in a decidedly mutual break-up. After several years as a self-publishing entity, the Destiny 2 studio is now in the picture with Sony, adopting a largely hands-off approach to their efforts – at least, so far.

​What do you think? Are you amazed that Sony is officially buying Bungie, or do you feel they would’ve been better with Microsoft? Are all these high-profile acquisitions simply making you nervous? Let us know in the comments below and be sure to follow Don’t Feed the Gamers on Twitter and Facebook to be informed of the latest gaming and entertainment news 24 hours a day!​ 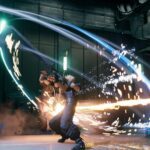 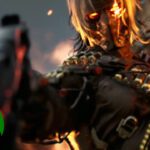