It’s only day one of PAX East and the event’s most anticipated announcement (at least to this writer) has already been revealed. The first Baldur’s Gate 3 gameplay made it’s worldwide debut during the expo, showing off tons of features and elements of the game that will have many fans extremely excited. Dungeons & Dragons fans were sure to be exceptionally excited to see many of the races showcased, as many of them had only previously existed in the tabletop world. Take a look at the amazing gameplay for yourselves:

There is so much to take away from that Baldur’s Gate 3 gameplay. The visuals look crisp and breathtaking, as well as when it comes to gameplay mechanics. The combat systems appear to be smooth and easy enough to navigate that new players should not be overwhelmed. The inventory and character management also appear to be designed well, but not overly simplified. Whatever your takeaway from the gameplay is, we all must keep in mind that this is an early reveal and things might change before early or full release. Also subject to change but seen from the gameplay, the classes that will be available to go on an adventure with include:

For those who might not be aware of what Baldur’s Gate 3 is all about, below is a brief description of the beloved franchises third installment:

“Gather your party, and return to the Forgotten Realms in a tale of fellowship and betrayal, sacrifice and survival, and the lure of absolute power. Mysterious abilities are awakening inside you, drawn from a Mind Flayer parasite planted in your brain. Resist, and turn darkness against itself. Or embrace corruption, and become ultimate evil. From the creators of Divinity: Original Sin 2 comes a next-generation RPG, set in the world of Dungeons and Dragons.”

Baldur’s Gate 3 will be released to PC and Google Stadia, but a release date has yet to be announced. However, according to Hasbro, it will be releasing to early access this year.

What do you think of the gameplay for Baldur’s Gate 3? What else are you hoping to learn about the game before it’s release? Sound off with your thoughts in the comment section below, and don’t forget to check out DFTG on Twitter for gaming and entertainment news live 24/7! 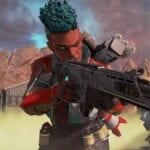 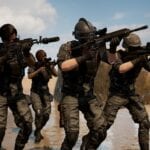