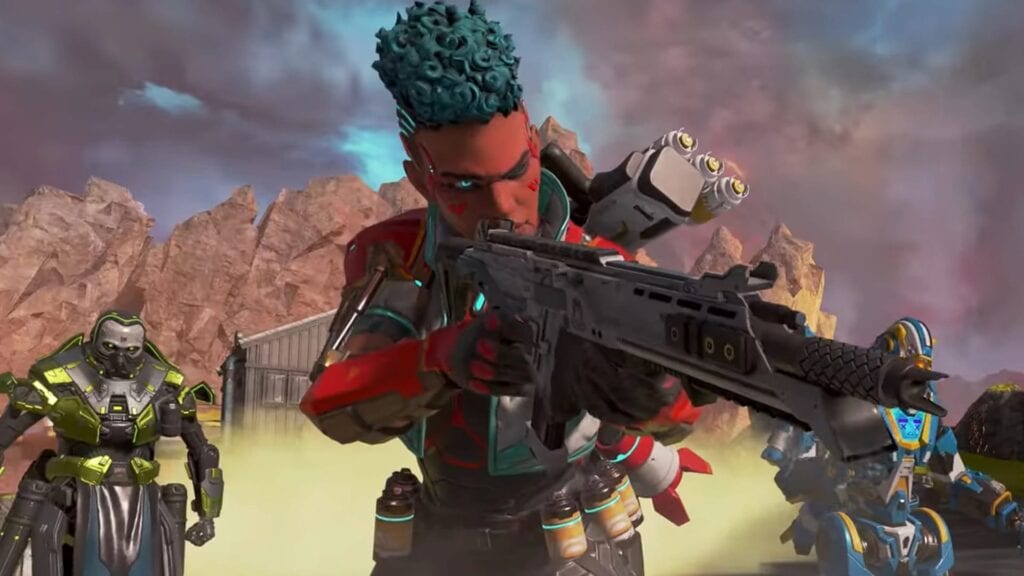 Fans saw the return of the OG Apex Legends  Kings Canyon map recently and it was a blast to go back to where it all started. Now that the limited-time event is over, many fans have already begun to wonder when Kings Canyon will be making its way back into the map rotation. Thankfully it won’t be too long of a wait, as Apex Legends dev Respawn Entertainment has announced the System Override Collection Event that will feature Kings Canyon alongside a ton of new goodies for players to get their hands on.

A trailer for the event was recently released alongside a new blog post, showcasing some insane new skins coming to the game for multiple characters along with a limited-time game mode called “Deja Loot.” The mode will feature a single ring pattern each day as well as permanent loot locations. The first week will have players exploring and battling their way through World’s Edge, while the second week will feature another return to King’s Canyon. Check out the event trailer below:

The mode will also be introducing a new kind of loot to the table called an Evo Shield. This particular shield is going to be amazing for players who love getting high kill counts, as the shield’s level upgrades itself bsaed on how much damage they inflict throughout the round. It seems that the shield will only be available for the event for now, though if it’s popular enough anything could happen. Lastly, the trailer teases what appears to be a new Heirloom set for Octane. The set will be obtainable by obtaining all the event cosmetics through the event prize track or purchasing them directly with crafting metals or Apex Coins. If players miss out on collecting them all they’ll still have a chance thanks to some new changes coming to the Heirloom system:

We’re changing up the Heirloom system to make it easier for you to acquire the heirloom you want. Instead of an entire Heirloom set dropping at once, you’ll now receive Heirloom shards. You can then use those shards to pick the exact Heirloom set you’d like. The shards will have the same drop rate as the previous system, so that after 500 Apex Packs, you will have enough Heirloom Shards to obtain an Heirloom set from the Heirloom shop. And don’t worry, your existing progress towards the 500 Apex Packs will carry over with the switch. Remember that once a player owns all of the Heirloom sets, the player will not be eligible to receive more shards until more Heirloom Sets are added to the game.”

Apex Legends is currently available for PC, Xbox One, and PlayStation 4 while the upcoming event is set to arrive on March 3rd. Let us know your thoughts on the System Override event and more in the comments section below. As always don’t forget to follow Don’t Feed the Gamers on Twitter for 24/7 coverage of all things gaming and entertainment.