Mass Effect: Andromeda‘s creative director, and writer for the Mass Effect trilogy, Mac Walters answers one-hundred and one questions on the highly anticipated game. His responses are smart, sometimes evasive, and definitely hilarious!.

Walters’ is endearing and amicable as he answered the rapid-fire questions regarding Andromeda. Many questions were certainly left half-answered, but I presume it is for good reason – lest fans want spoilers. Several important questions were addressed, as well as some sillier ones. Who wouldn’t want to know whether you get the option to be an Elcor?

Now, before going on about more important game play information – if you’re wondering about resolution, graphics, and frame rates, it may be important to consider that Mass Effect: Andromeda will not support native 4k. For most, this shouldn’t be a problem. Frame rates for the PlayStation 4 Pro is “to be decided”, while 30 FPS (frame-rates per second) will run on “some platforms”. It is elaborated that, for PC gamers, the stronger your machine, the higher your FPS will be.

In other words, some details are still to be determined and it depends on the power of your machine.

According to the interview with Walters, Andromeda will be a very different in regards to the some of the user-interface and game mechanics fans are used to. Namely, there will no longer be the traditional “renegade” and “paragon” dialogue options.

Not called renegade and paragon, but there will be choices that might feel paragon and renegade.

Walters adds moments later, “Yes, the interrupts. There will be those.” In addition, there will be mineral scanning, but it will be “different than what you’ve seen”.

For those curious, there will be 7 confirmed classes “technically” to choose from, but the details have yet to be determined. Perhaps some classes will be similar to the ones in the Mass Effect trilogy. I honestly hope Vanguard and Sentinel do make the cut. Better yet, Walters’ hints at the possibility of a Shepard cameo. However, it seems unlikely since no save information will be transferred to Andromeda. At least, not ones that would affect the story line. After all, there will be no save-importing going into the game.

Two versions of the Collector’s Edition is currently available for pre-order. Mass Effect: Andromeda isn’t scheduled for release until Spring of 2017.

What do you guys think about Mass Effect: Andromeda? Are you excited for the release around Spring? Does Walters’ leave more questions than answers? Let us know in the comments below! 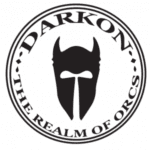 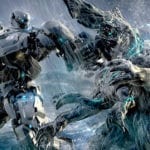