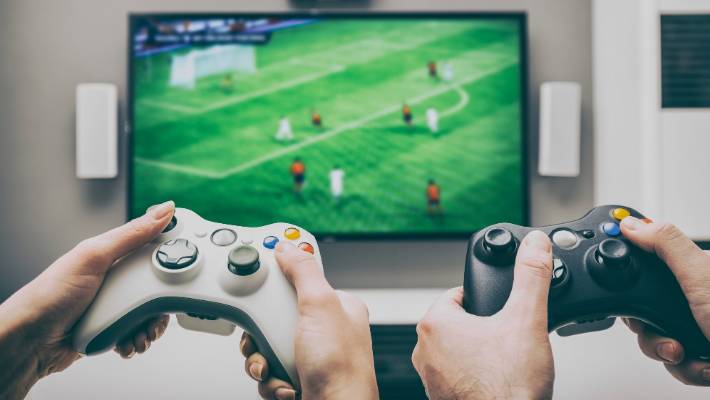 Since the internet helped make the world of gaming more interconnected, gamer culture has been well aware of how toxic the online gaming community can be. From harassment to the use of racial slurs, anyone who has ever played a game online with strangers through voice chat knows this well, even though some games like Overwatch actively fight to contain this behavior. Xbox Live, one of the first popular online console networks, is often jokingly known for its hate-spewing twelve year olds, but it seems this may actually reflect some truth. A new study claims Xbox players are the most toxic of any gamers.

A study utilizing the Buss Perry Aggression Questionnaire recently shared its results regarding toxic behavior from 1,000 gamers. The study sought to see which types of gamers were more likely to exhibit anger, hostility, physical aggression or verbal aggression. The most notable result discovered in the survey results is that Xbox players turned out to be more likely to exhibit these four toxic behaviors than gamers on PC, PS4 or Nintendo Switch. The study also discovered that the three games most likely to bring out these aggressive behaviors are Battlefield, Call of Duty and EA FIFA. Funnily enough, Animal Crossing: New Horizons was actually fourth in these areas, so it’s not only Xbox games that lead to these behaviors. 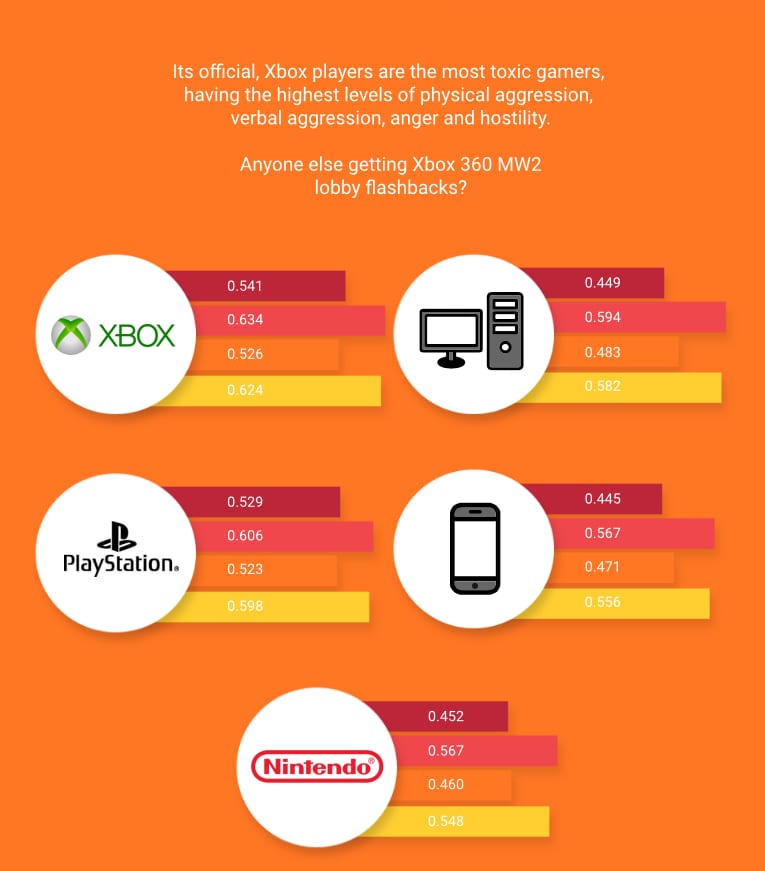 Some other interesting tidbits from the survey also found that while men were more likely to exhibit these behaviors, a significant amount of women surveyed also engaged in these behaviors as well. It also discovered that 11-20 hours of gaming a week was the most likely timeframe to reflect toxic behavior, but any more or less than that made toxicity less likely. There could be many theories as to why Xbox players are the most toxic. It could likely be that competitive gamers favor the device, but whatever the case, Xbox gamers might want to cut back on the Game Fuel Mountain Dew and try a nice Earl Grey tea instead.

Do you guys think Xbox players are the most toxic of any gamers? Let us know in the comments below! Be sure to stay tuned for the latest Xbox news, such as the Xbox Series S seemingly being confirmed by Microsoft, here on Don’t Feed the Gamers! Follow us on Twitter to see our updates the minute they go live! 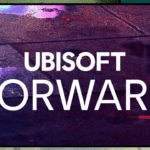 Marvel's Silk Is Getting A Live-Action TV Series From Sony