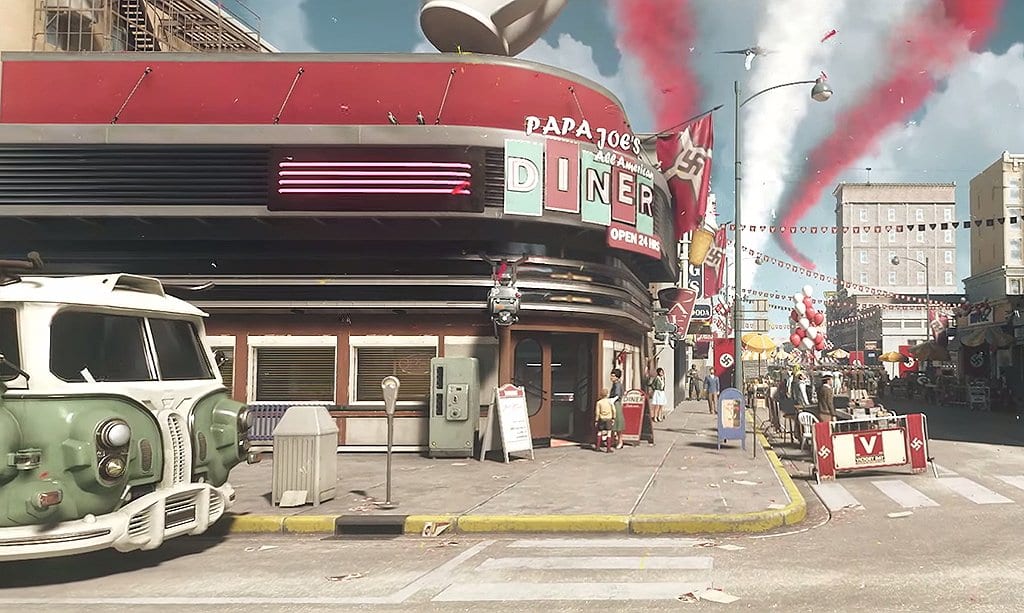 One of the biggest surprises to come out of Bethesda Softworks’ “Bethesdaland” E3 presentation this year was the announcement of Wolfenstein II: The New Colossus, a sequel to the well-received Wolfenstein: The New Order. This 2014 game proved to be a successful modern revisiting of the Wolfenstein franchise that performed well with critics and audiences alike. Many expected Bethesda to create a sequel to this update for the Nazi-fighting franchise, and the footage seen so far of the game gives off promise. A new Wolfenstein II: The New Colossus trailer gives off the tense vibe that a citizen living in the game’s Nazi-occupied America would feel.

The “Strawberry Milkshake” trailer seen above has been posted to the official Bethesda Softworks YouTube channel. The scene shows classic Wolfenstein hero B.J. Blazkowicz entering a diner in the Nazi-occupied version of 1961 Roswell, New Mexico. B.J. encounters a woman encouraging her young son to practice speaking German to her, as the diner worker assists them. We also learn that B.J. is carrying an atomic bomb, as he casually places the nuclear weapon of mass destruction on the diner counter, disguised as a large fire extinguisher, which manages to fool a Nazi Kommandant who enters the diner. 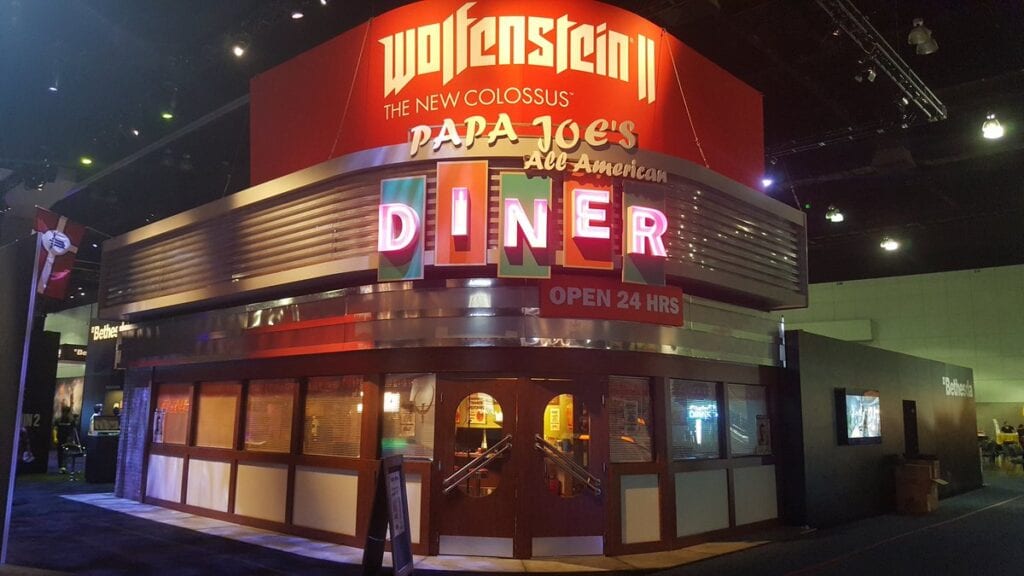 This Nazi then proceeds to order a strawberry milkshake and praises the American diner staple. After questioning B.J., who presents false identification, the Nazi is called back to the Oberkommande via his headset. As he turns around, he notices a Wanted poster with B.J.’s face on it and turns back towards the hero. As the Nazi reaches for his weapon, the screen cuts to black and a gunshot sound, presumably from B.J., is heard. What do you guys think about this new Wolfenstein II: The New Colossus trailer? Let us know in the comments below!

Be sure to stay tuned for the latest Wolfenstein II news, such as the Dark Horse Comics Artbook announced for the game, here on Don’t Feed the Gamers! Follow us on Twitter to see our updates the minute they go live! 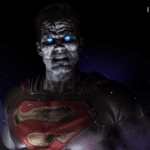 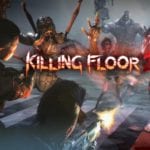