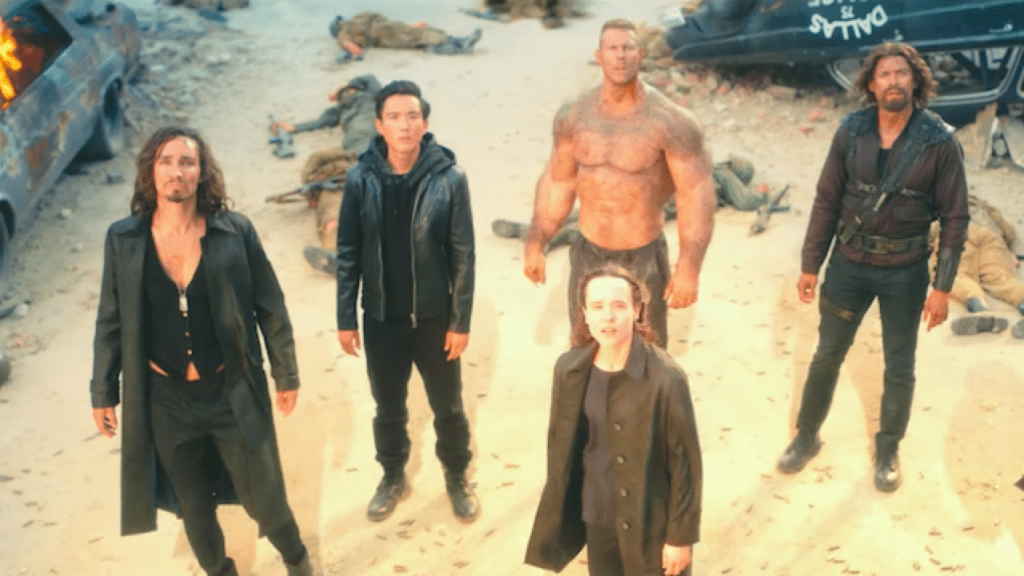 Following the recent reveal of a synopsis and promo images, Netflix has been steadily providing fans with what The Umbrella Academy season two will be bringing to the table. The end of the first season saw the Hargreeves’ go back in time after failing to stop the apocalypse and with the family scattered across time, they’ll need to rejoin each other and attempt to stop yet another apocalyptic event. Now a trailer has arrived, giving fans a nice look at the upcoming season and all the chaotic goodness that it has to offer.

Shown below, the trailer explains that the Hargreeves’ are somehow linked to the apocalypse of this new timeline as well as the assassination of John F. Kennedy, though how remains to be seen. The siblings will be forced into yet another wild and bloody ride as they attempt to figure out what caused this new catastrophic event, end it, and make their way back to their own timeline. All the while, they’ll have to contend with a new trio of baddies itching to put an end to their lives.

The Umbrella Academy is a Netflix exclusive show based on the Dark Horse comic book series of the same name created by My Chemical Romance singer Gerard Way and artist Gabriel Bá. The second season of the show is set to arrive on July 31st. It’ll be interesting to see where Netflix and the showrunners decide to take the show next, especially with how quirky and unpredictable the show has been so far. Let us know your thoughts on the second season of the Umbrella Academy and more in the comments section below. As always don’t forget to follow Don’t Feed the Gamers on Twitter for 24/7 coverage of all things gaming and entertainment.