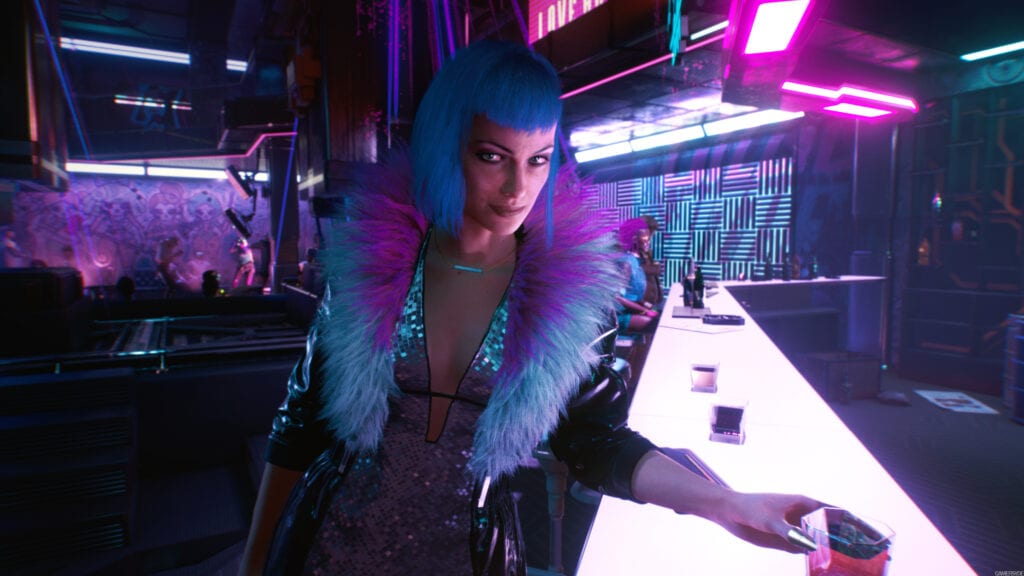 Cyberpunk 2077 is easily one of the biggest new titles that gamers are excited to play this year, with the game promising a massive futuristic open world and robust role-playing mechanics. What also has fans intrigued is its vast array of characters, including Keanu Reeves as rocker-boy Johnny Silverhand. Few of these characters have been detailed during the first looks at the game, but now with the release date growing closer, CD Projekt RED has been highlighting more of these faces. The devs did this recently with Braindance technician Judy Alvarez, and now it is time for Evelyn Parker to shine in the same manner.

As reported on Prima Games, CD Projekt RED recently released a new tweet focused on character Evelyn Parker on their official Twitter account. The tweet refers to Parker’s backstory, which tells of her “intelligence and ambition” chasing her goals to become an actress, before ending up with a “much more permanent” career at Night City’s Doll House.

Evelyn Parker’s intelligence and ambition drives her to demand more from life. Her goal of becoming a professional actress, and her rational head for the biz, led her to a job at the Doll House, but this stepping stone in her career quickly became something much more permanent. pic.twitter.com/CjGgSWU68A

Many were captivated by the first glimpse of Evelyn Parker seen in the latest Cyberpunk 2077 trailer, with her alluring gaze seen at Lizzie’s Bar. Some have compared her personality to Mia Wallace from Pulp Fiction, while others see similarities in her style to the holographic billboard version of Joi from Blade Runner 2049. It is known that she will be present in the game’s prologue, but other than that, the rest of her storyline remains a mystery. Hopefully, Evelyn joins V on many quests in the game, so that blue hair can provide the right augmentation that Cyber adventures need.

What do you guys think about this highlight of Evelyn Parker? Let us know in the comments below! Be sure to stay tuned for the latest Cyberpunk 2077 news, such as the reasons why CD Projekt RED had to remove wall-running from the game, here on Don’t Feed the Gamers! Follow us on Twitter to see our updates the minute they go live!