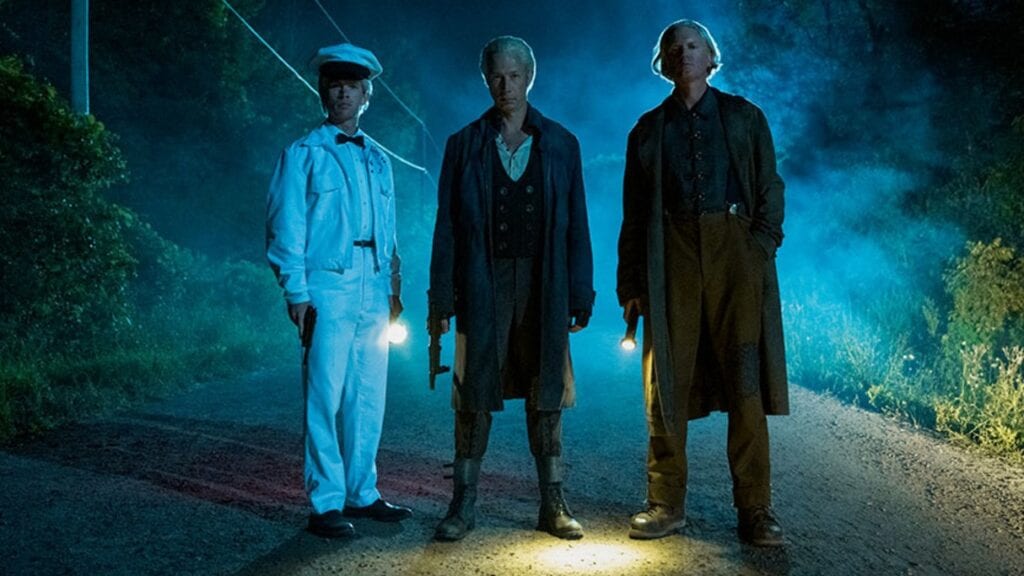 The first season of Netflix show The Umbrella Academy was an exhilarating and bloody ride through a darker take on superheroes. Fighting against each other, themselves, and the cruel world they were forced into, the Hargreeves’ failed to stop an apocalypse from happening in the season 1 finale, but, thanks to time travel shenanigans, they’ll have a chance to make things right in season 2. Now fans are able to catch a small glimpse at what things will look like as some new images have surfaced from the show’s creators alongside a synopsis for what’s to come.

The synopsis for the storyline in season 2 of The Umbrella Academy explains that the Hargreeves family has been sent back into time into the 1960s. On the downside, they’re once again apart from each other, scattered across a three-year time period. Now they’ll need to find a way to regroup with each other and stop the impending nuclear apocalypse before its too late. In typical Umbrella Academy fashion, however, some of the family members have moved on with their lives and may need some convincing to jump back into the fray. The full synopsis (via Netflix) can be read below:

Five warned his family (so, so many times) that using his powers to escape from Vanya’s 2019 apocalypse was risky. Well, he was right – the time jump scatters the siblings in time in and around Dallas, Texas. Over a three year period. Starting in 1960. Some, having been stuck in the past for years, have built lives and moved on, certain they’re the only ones who survived. Five is the last to land, smack dab in the middle of a nuclear doomsday, which – spoiler alert! – turns out is a result of the group’s disruption of the timeline (déjà vu, anyone?). Now the Umbrella Academy must find a way to reunite, figure out what caused doomsday, put a stop to it, and return to the present timeline to stop that other apocalypse. All while being hunted by a trio of ruthless Swedish assassins. But seriously, no pressure or anything.”

In addition to the synopsis, several new images from The Umbrella Academy Season 2 also saw their debut, painting quite a picture of what’s to become of the Hargreeves family in this new 1960’s setting. Alongside the 60’s backdrop, the images show off a few new faces, including some shady-looking bad guys, as well as the new friends that the group will meet with over the course of their story.

no, we will not be answering any questions at this time 🙃 pic.twitter.com/ieD8cK4o3C

Season 2 for The Umbrella Academy is set to release on July 31 of this year as a Netflix exclusive. Will the Hargreeves’ find a way to stop the new threat that faces them? Let us know your thoughts on the second season of The Umbrella Academy and more in the comments section below. As always don’t forget to follow Don’t Feed the Gamers on Twitter for 24/7 coverage of all things gaming and entertainment.