Resident Evil 7 has arrived and with it comes a launch trailer celebrating its release, which you can see below:

Banned Footage Vol. 2. will be available for the PS4 on February 14th, just in time for Valentine’s Day, while PC and Xbox One gamers will have to wait until February 21 to play the two new scenarios and extra mode, detailed below.

Capcom also went on to remind its players that those with a PS4 Pro will be able to “enjoy full 4k resolution with incredibly crisp graphics and even more detailed textures.” HDR is also available on compatible TVs,as long as you’re playing on a PS4, Xbox One or Xbox One S. PC players will also have “a plethora of options to tweak your RE experience to your liking.”

What do you guys think of the new DLC details? Have you already picked up your copy of Resident Evil 7? If so, what do you think of it so far? Sound off in the comments below, and as always, stay tuned to DFTG for all your gaming news! 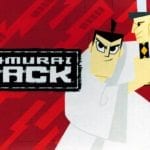