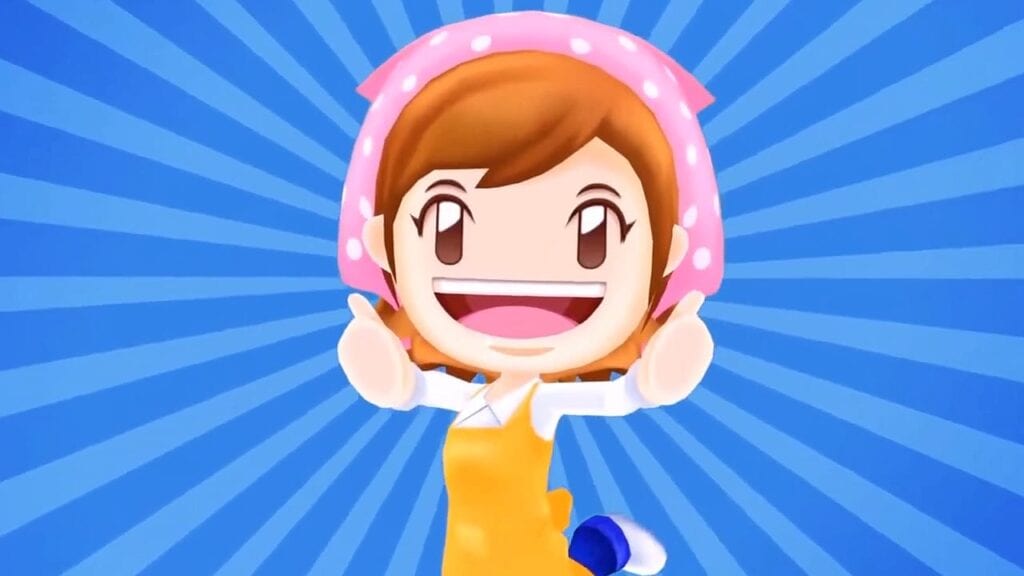 The Cooking Mama series has long been a source of vibrant and innocent fun, the games typically tasking players with preparing food through varyingly-difficult minigames. Intended for Nintendo Switch, the next entry in the series was all set to arrive back in March, but the game’s release date seemingly came and went without the chef sim’s launch. Though games can miss their intended dates for a variety of reasons, this particular situation has proven to be increasingly bizarre for such an innocuous game.

The suspicion began late last month when Cookstar was expected to finally meet its launch. A release did technically happen, as various retail stores and the Nintendo eShop apparently featured a listing for a short while before unceremoniously disappearing. This was long enough for at least one fan on Reddit to apparently download and play the title, with a handful more hunting down and purchasing the game’s very limited physical copies. All the while, little has been addressed by developer 1st Playable or publisher Planet Entertainment – at least, not at first.

Reported by NintendoEverything, the conclusion was drawn that Cooking Mama: Cookstar may have been built with the purpose of mining cryptocurrency on users’ consoles. This allegation was gleaned from a quote found in one of the game’s pre-launch press releases, with it notably making strange mention of the game’s feature of “blockchain technology.” As blockchain is a means of data collection commonly used by cryptocurrencies, the internet was one to put two-and-two together and spark considerable controversy on social media.

This potentially shady claim was what finally drew a response from out of the woodwork, prompting the official Cooking Mama: Cookstar Twitter account to post for the first time since missing its release. Publisher Planet Entertainment not only swiftly denied claims of secret crypto-mining, but also explained its reason for pursuing blockchain capabilities in the first place. In essence, the technology was said to have been explored as “a means to allow players to trade in-game assets,” but the actual idea never moved beyond the “concept” phase.

We looked at these options as a means to allow players to trade in-game assets. However, we only explored the theory behind the concept, not the implementation. Cooking Mama: Cookstar, nor any of our other titles in the past or near future will utilize crypto technology.

This explanation wouldn’t completely put the Cooking Mama bizarreness to bed. Cookstar’s crypto inspirations and continued absence from the eShop were addressed in a statement from an anonymous member of the development team. According to Screen Rant, the source attributed the game’s store removals to a legal battle between publisher Planet Entertainment and Cooking Mama’s IP holder Office Create. Cookstar was reportedly released “against a request by Office Create to keep polishing the game, or perhaps even canceling it.”

“At one point the japanese official create clients came to oversee development,” the dev recalled. “An argument started and the clients were told to go home if they weren’t being ‘constuctive’. Once they found out that planet entertainment released the game, they used their nintendo contacts to pull it from the e-shop and stop production of cartridges. Overall, everyone at 1p loves the cooking mama franchise and did their best to make the best product considering the interference from the higher ups.”

As I understand Planet Entertainment is suing office create having it removed for money lost. It’s hard to say if it will ever be released properly.”

This decision to scrub Cooking Mama: Cookstar from stores wasn’t the only hindrance experienced by the development team. This type of behavior was reportedly considered “pretty standard,” with communication between the two parties suggested as being sparingly existent to say the least. Alongside halted sales, Office Create was also said to be responsible for the game’s limited marketing, with content such as “youtube ads, websites, and even tik tok ads” hit hard with restrictions and “never came out.”

The dev additionally revealed a bit about the blockchain accusations, calling initial mentions of the technology merely “buzz words” intended to “get potential investors” on board with the game. “As for the crashes/ overheating. That would be because the game is made in unity. By many people working on their first game..,” the employee explained. “It’s not the best product but it made it through several vigorous reviews by nintendo and Sony. There is no way crypto-mining stuff could get through those tests. I doubt anyone at 1p would even be able to make such a thing.”

In the meantime, Cooking Mama: Cookstar is available in many North American and European retail web stores!

In the days since blowing up on social media, Planet Entertainment has addressed new efforts to bring Cooking Mama: Cookstar back to stores. The game was confirmed to be available in a physical variety from its official website, as well as through “many North American and European retail web stores.” Discussing why the game still hasn’t returned to the Nintendo eShop, the Cookstar publisher suggested the digital delay may now be attributed to the current COVID-19 pandemic, saying “the whole world is upside down with delays right now.”

It’s safe to say Cooking Mama isn’t a name one would normally attribute with controversy, but here we are in this strange world of ours. Despite the compelling series events, it’s unfortunate that a single game has gone through so much drama and still hasn’t seen a traditional release. If the reported legal battle between Planet and Office Create is indeed legitimate, this absence might not be likely to end anytime soon. Whatever’s keeping back Cooking Mama: Cookstar, here’s hoping the game will eventually get cooking once again on the eShop.

What do you think? Are you impressed by how much controversy a Cooking Mama game can create? Let us know in the comments below and be sure to follow Don’t Feed the Gamers on Twitter and Facebook to be informed of the latest gaming and entertainment news 24 hours a day! For more headlines recently featured on DFTG, check out these next few news stories: