PS5 Will Change ‘X’ To Default Confirm Button In Japan

For the most part of its 26-year history, the PlayStation brand has been uniform on the meaning of its iconic 4-symbol button scheme, with the X button nearly always being used to denote “confirmation” of a setting or choice – at least to those of us in the West. Conversely, for the same amount of time, Japan has primarily used the Circle button to mark a player’s approval. This opposing tradition has largely held in place for decades, even as recently as the current-generation PlayStation 4. However, it appears that the upcoming PS5 will now decisively put the X at the end of all players’ fingertips for good.

As reported by Famitsu (H/T VGC), Sony is making moves to unify all regions for the release of the PlayStation 5, one of which is the adoption of X as the console’s definitive confirm button. While PlayStation had previously offered both X and Circle control methods to respective regions, Sony appears to be going all-in with establishing the widely-used “cross” as the default choice button. Demonstrating its commitment, a new update from Sony confirms the PS5 will not allow players to switch back to the Circle button – an option that was previously made available on the PS4 early last year.

UPDATE: A new article now includes a response from SIE that PS5 will NOT have a user-configurable option to change the now-worldwide “X button to confirm” behavior (Including Japan, who had been using O to confirm all the way back since 1994.) https://t.co/Z2ggpeIaRh

Sony’s decision might only have a silent effect on us in the West, but the new configuration certainly seems like it might be a disruption for gamers in Japan. PlayStation’s new placement of the confirm button on the bottom, rather than the right, goes against the general design trend for Japanese controllers, which has nearly always utilized a right-confirm-placement as far back as the B-A input of the original NES. That’s not to mention the potential confusion of depicting the circle – a symbol that equates to “good/correct” in Japan – as the default “back/cancel” button on the PS5.

In fact, original the four-symbol button layout of the PlayStation wasn’t ever meant to be a meaningless assortment of icons, but rather representative of each button’s supposed purpose during play. As per an archived interview from 1UP, Sony designer Teiyu Goto revealed he originally designed each button around a specific function and assigned colored symbols (Triangle, Square, Circle, X) to illustrate the intended action. Among them, X and Circle were indeed said to be designed around “‘yes’ or ‘no’ decision-making.”

What do you think? Are you uneasy about the Circle being moved over for the X button, or was this decision an inevitability given the X button’s prominence around the world? Should the PS5 at least offer an option to switch as Sony did with the PS4? Let us know in the comments below and be sure to follow Don’t Feed the Gamers on Twitter and Facebook to be informed of the latest gaming and entertainment news 24 hours a day! For more headlines recently featured on DFTG, check out these next few news stories: 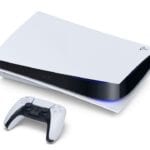 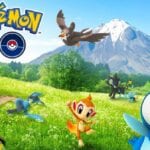