Overwatch game director, and general community dad, Jeff Kaplan is known for being incredibly involved with the Blizzard forums. He has also been known for his transparency when discussing the state of the gaming community, and the level of toxicity often found in online titles – including that of Overwatch. He’s also had some pretty hilarious troll takedowns in the past – but this latest one quickly became one of our favourites.

This time, the Kap went after a troll that is pretty well-known in the community: Cosmic Ghost. This isn’t the first time this player has had a run-in with the game director either, but this shut down was just pure gold. When Cosmic took to the forums to talk about the game’s ban system. According to this player, they have been banned from the world of Overwatch quite a few times. 5 out of the 7, he claims that he submitted support tickets to Blizzard to only receive no response. This was the original post:

Good news Blizzard. Your report system is working, a Torb main is leaving the game. The people who designed this game are not dumb. Great game, it’s unplayable. My issues with this community while maining Torbjorn aside, this game has turned into a gamble with my time. It’s too toxic, and your system is pushing the game towards more toxicity.

I have sent 5 tickets this week. Everytime, I state I am not repealing my ban. I just want information. I asked why am I banned. And how can I prevent that from happening in the future. You respond: Following a review of your case, I can confirm that the evidence presented was correct, and that the subsequent action taken was appropriate. Our decision in this matter stands, and will not be overturned.  Your account has been suspended for actions and behaviour which are considered against the spirit of the game, due to reports from your fellow players. Such activites can include flaming or inappropriate language, toxic chat, non-participation in the game, or intentional behavior to provide an advantage to the enemy team or a disadvantage to your own team.

This game is bad for kids, your pro gaming advertising should be illegal. Your report system was conceived from ignorance, run on ignorance, and upheld by ignorance.”

Though some were sympathetic, many responded with some variation of “good riddance.” But none responded quite like the Kap:

You have over 220 reports for harassment. Looking at your chat logs, these reports are verified. Here are some examples:

Plus you continually accuse other players of hacking — we’re seeing this in a significant percentage of your games played. The players you are accusing are not hacking, they are just performing at a high level.

Also, you repeatedly spam lines such as:

Our community has made it clear to us that Toxicity is one of the top issues that needs to be addressed in this game. As a result, we’re getting stricter and that means people are going to get suspended and banned for poor behavior. You’ve fallen into that category.”

Ain’t a clap back quite like one backed with facts. You can’t argue with logs and with over 220 reports of harassment, we think that the community will be a lot better without players like that. Immediately other players joined in with Kaplan’s assessment and giving props to the “get rekt” swiftness seen in the forum itself. This is just one of the many ways that Kaplan and the team are making good on their promise to try to allievate as much of the toxicity as possible. Is the system perfect? Absolutely not – but this right here is a clear win. POTG goes to The Kap. 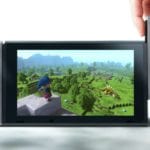 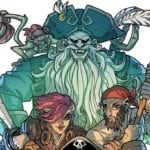