Blizzard’s action-shooter Overwatch has a lot of great characters and maps made by the developing team that many enjoy. Some players take their enjoyment to the next level and create their own fan-made heroes and maps. One of these creators developed an Overwatch Cairo map, and it looks incredible.

The creator behind this work is artist Joshua Llorente. Using 3DS Max, Photoshop, Unreal Engine 4, and Substance Painter, he brought the Egyptian landscape to life. Around the various locations on the map, you will find many iconic ancient sculptures like the Egyptian god of the afterlife; Anubis. Also, a large obelisk standing tall over the location can be seen off in the distance.

Much of the rest of the Overwatch Cairo map is dotted with a mixture of ancient Egyptian architecture blended with present-day technology. One example of this are the pillars that appear to be very old except for the illuminated base. What can be assumed as a possible payload is a futuristic floating hovercraft that can be seen in the outdoor section of the map. Additionally, there are plenty of palm trees and overgrown vegetation surrounding the area.

Of course, this is a fan-made map and it is unknown if Blizzard has seen this work or would be acquiring it to a playable level, probably not but that doesn’t make it any less cool! With fans making heroes like the adorable Tara that we saw earlier this month along with various costume ideas, there is no telling if Blizzard might look to fans for future ideas. Only time will tell what the executive team plans to do with the increase of fan-made content.

What are your thoughts about the Overwatch Cairo map? Do you think Blizzard should bring fan-made maps and characters into the official lineup? Sound off with your thoughts in the comment section below, and don’t forget to check out DFTG on Twitter for gaming and entertainment news live 24/7! 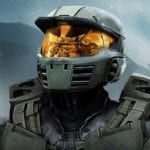 Halo Recruit Brings the Franchise into the World of Mixed Reality 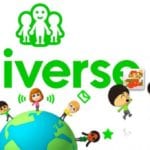