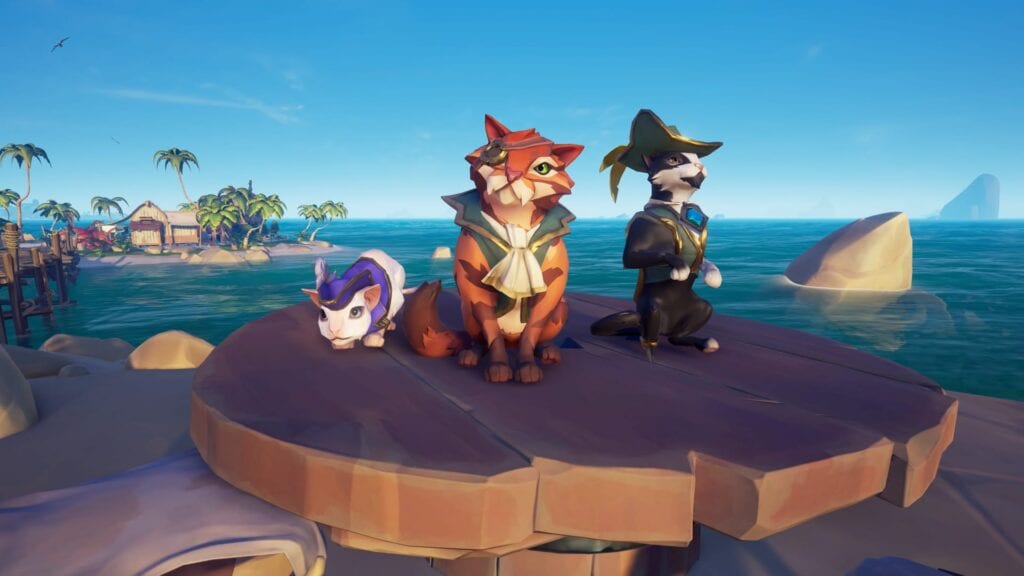 Pets were introduced a while ago to the world of Sea of Thieves, giving players a chance to live out their pirate dreams even further with monkeys and parrots that they can interact with on their sailing adventures. Now, players will have a chance to bring cats aboard their vessels thanks to the new Sea of Thieves: Ships of Fortune update.

While cats as pets are huge for many players, the update is going to be mostly focused on the PvP aspects for Sea of Thieves. Rare recently announced that the update will introduce a totally new Trading company called The Reaper’s Bones which will be focused specifically on PvP within the game, bringing new cosmetics and emotes for players to collect. Alongside the new Trading Company, the game will be getting an updated Arena, replacing the various treasure maps scattered around the battleground with a single beacon for players to fight over and cutting the math time limits down considerably. Sea of Thieves will also be introducing a new Emissary system for Trading Companies that will allow them to unlock new cosmetics and help progress through the increased Reputation cap.

Sea of Thieves is a Microsoft exclusive for PC and Xbox One, complete with cross-play capabilities. The new update itself is set to arrive on April 22nd. Are you going to be adding a cat or two to your pet collection? Is there anything else you’re excited to see in the new content drop? Let us know your thoughts on the Sea of Thieves: Ships of Fortune update and more in the comments section below. As always don’t forget to follow Don’t Feed the Gamers on Twitter for 24/7 coverage of all things gaming and entertainment.