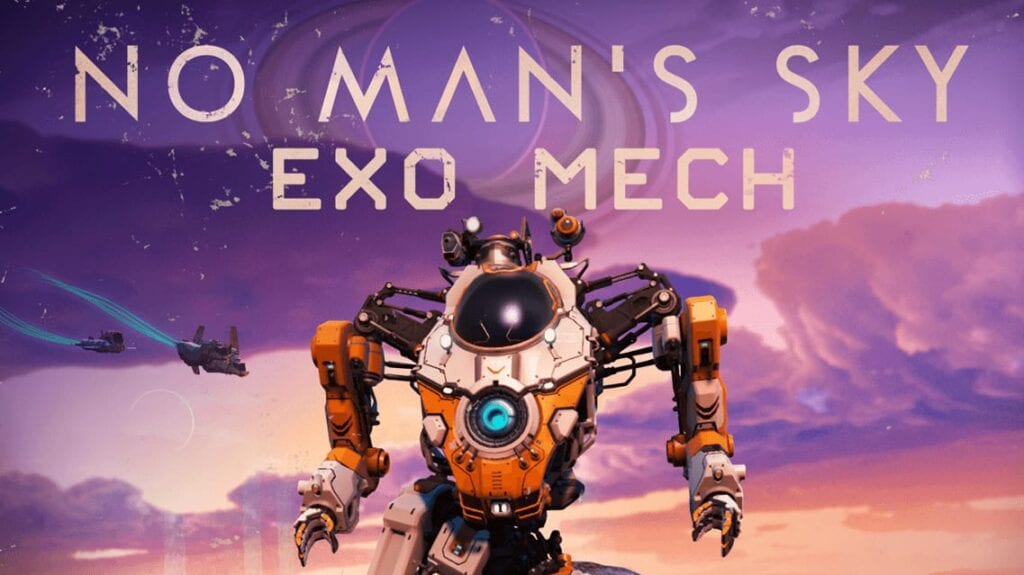 Hello Games has added a plethora of content to their space exploration/survival title over the past year, including VR support and much more. That said, a new update has arrived for No Man’s Sky and it has added controllable mechs to the game.

The Exo Mech update is the latest free update and is currently available for all No Man’s Sky players. The mechs may be the main focus of the update, but they aren’t the only thing to be added to the title. New quality of life improvements have arrived, solar tech, improved Exocraft, and much more. You can check out the trailer for the new update below:

Here’s a bit more about the new No Man’s Sky update:

The full notes on the update can be found right here. No Man’s Sky is currently available on PC, PlayStation 4, and Xbox One. Keep it tuned to Don’t Feed the Gamers as this story develops, and for other gaming goodness going on right now, check out the following:

What say you, gamers? Are you ready to traverse the planets of No Man’s Sky in a mech? Sound off in the comments section below, and be sure to follow DFTG on Twitter for live gaming and entertainment news 24/7!