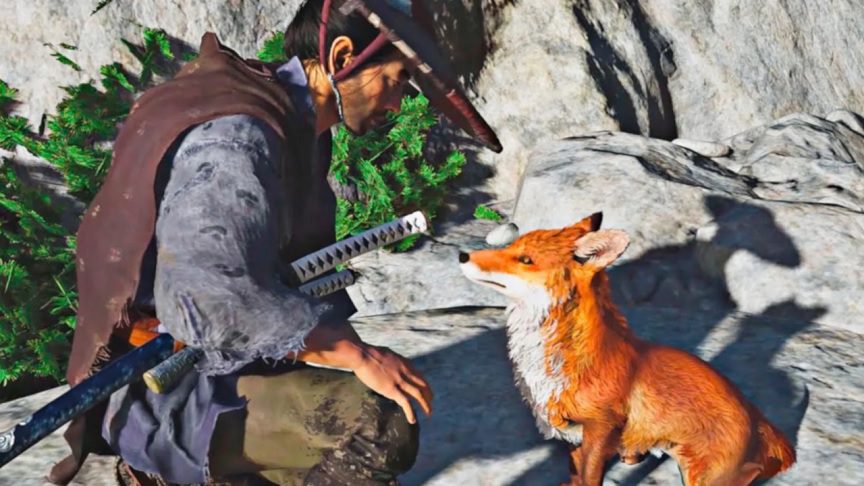 Ghost of Tsushima: Director’s Cut added tons of exciting new content to the game, providing players with several reasons to return to the popular Sucker Punch title. One consistently enjoyed aspect of both the Director’s Cut and the original title are the foxes, the adorable and charming (see what I did there?) animals that lead Jin to treasure, should he choose to follow them. Now, it’s been revealed that a Ghost of Tsushima update has significantly upped the cuteness of our four-legged friends.

As revealed by the appropriately titled Twitter account Can You Pet the Dog?, a new update for Ghost of Tsushima has added in a couple very important features to the game. The update adds in an animation that shows the fox yipping while tapping its front paws in anticipation of being petted which, honestly, is the best ting ever. Shown later in the clip is the fox receiving belly rubs from Jin. What more could one ask for?

It should be noted, we suppose, that the new Iki island also has kitties and monkeys that can be pet, though doing so requires Jin to play his flute in order to tame these animals before it can happen. Foxes on the other hand share an affinity for Jin, so they’re a bit less picky about the prerequisites to being loved up.

Ghost of Tsushima: Director’s Cut is now available for PS4 and PS5.

Thoughts on the new fox update? Let us know in the comments section below, and as always, stay tuned to Don’t Feed the Gamers for all the latest gaming and entertainment news! Don’t forget to follow DFTG on Twitter for our 24/7 news feed!