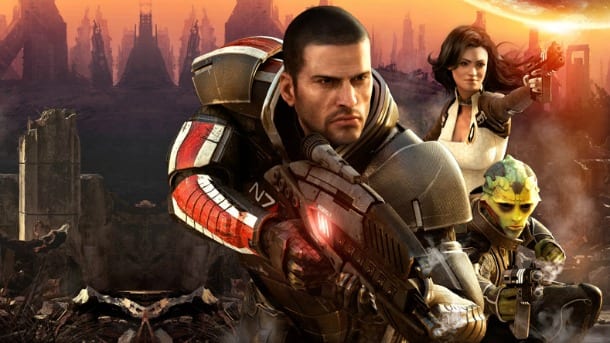 BioWare’s Star Wars Knights of the Old Republic and Mass Effect series’ are two of the most beloved in all of gaming and a large part of this was due to the numerous contributions from writer Drew Karpyshyn. For the upcoming Anthem, Karpyshyn was revealed to have returned to the studio to work on the spacefaring project, confirming the news himself earlier last year. Inclusion of the Mass Effect 2 writer was reason to rejoice for many longtime fans, but it seems as though it wasn’t meant to last.

Announcing on his official website Karpyshyn revealed he is no longer working with BioWare and has begun pursuing other projects. Acknowledging his past leaving of the company, the heartfelt update reveals that his latest retirement is owed to wanting to more time to complete outside projects. These include new novels and games, one of which is an undisclosed game for studio FogBank Entertainment. The full post can be read below:

Yes, it’s true. As of Friday, March 2, I am no longer an employee of BioWare/EA. Some of you might be thinking, “Wait, this sounds familiar!”. Yes, this is my second retirement from BioWare. Last time, I left to focus on my Chaos Born trilogy. This time, I’m leaving to pursue a number of other projects, including more original novels, an original sci-fi graphic novel I’m co-creating, and freelance gaming work.

I know a lot of you are wondering why I’m doing this. For many people, working at BioWare would be their dream job and they can’t imagine anyone stepping away from it. But it was time for me to move on.

Everyone who works at BioWare pours their heart and soul into the games they are making. It’s creatively demanding and – at times – exhausting. In the past, I’ve managed to juggle outside projects with my work at BioWare, but it always took a toll. And there were always outside projects I had to pass on because they would represent a conflict of interest with BioWare or EA properties.

So I made the decision to step back (again) and focus on my freelance work. I’d love to say more about the novel(s) I’m working on, or my graphic novel project, but those details will have to wait a while. (Yes, I’m using this announcement to tease other future announcements. In marketing, they call that “synergy”.)

I’m very excited to be part of the Fogbank team. I’ve worked with both Daniel and Alex before in my BioWare days, and I really like what they’re building. Obviously this release is a bit cryptic, but as more details of what I’m working on get announced, I’ll be sharing them on my Twitter feed and here on the NEWS page of my website.

Moving forward, I expect to start making semi-regular posts here, and not just about the projects I’m working on. One of the great things about being a freelance writer is I can write about… well, anything. So maybe I’ll react to politics or sports (and piss a bunch of people off). Maybe I’ll give my opinion on certain movies or TV shows (and piss people off). Maybe I’ll talk about my golf game or my favorite places to eat in Austin (and bore people). Maybe I’ll write posts about my creative process, using mysterious references to unreleased projects (and piss people off). And maybe (definitely) I’ll be posting information about any conventions I’m attending or public appearances I’m making or interviews and podcasts I’m doing. (Another benefit of going freelance is more free time to interact with my fans.)

So there you have it. Please don’t e-mail me asking for more information about why I’m leaving – there is no dirty laundry I’m just waiting to air. And please don’t ask about any BioWare projects I’ve been working on – just because I’ve left BioWare doesn’t mean I’m going to start blabbing all their secrets.

I’m sure people will read more into this statement than there really is, but there’s not much I can do about that.I know some people are going to dwell on the past, but that’s not my style. I’m looking to a bright future, and I hope at least some of you will enjoy where this journey leads!

While Drew Karpyshyn’s departure may be unfortunate news for those wanting to see his work in Anthem, it may be for the best if his heart wasn’t all the way in it. Still, what’s next for the the Mass Effect 2 writer seems exciting even though it isn’t with BioWare, and we wish nothing but the best for him in the future.

What do you think? Are you upset that Drew Karpyshyn isn’t at BioWare anymore, or are you glad that the Mass Effect 2 writer found a fulfilling creative outlet somewhere else? Let us know in the comments below and be sure to follow Don’t Feed the Gamers on Twitter to be informed of the latest gaming and entertainment news 24 hours a day! For more BioWare news from recent weeks, check out these next few links below: 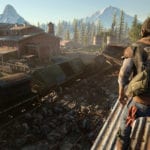 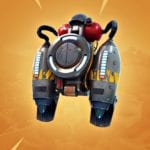