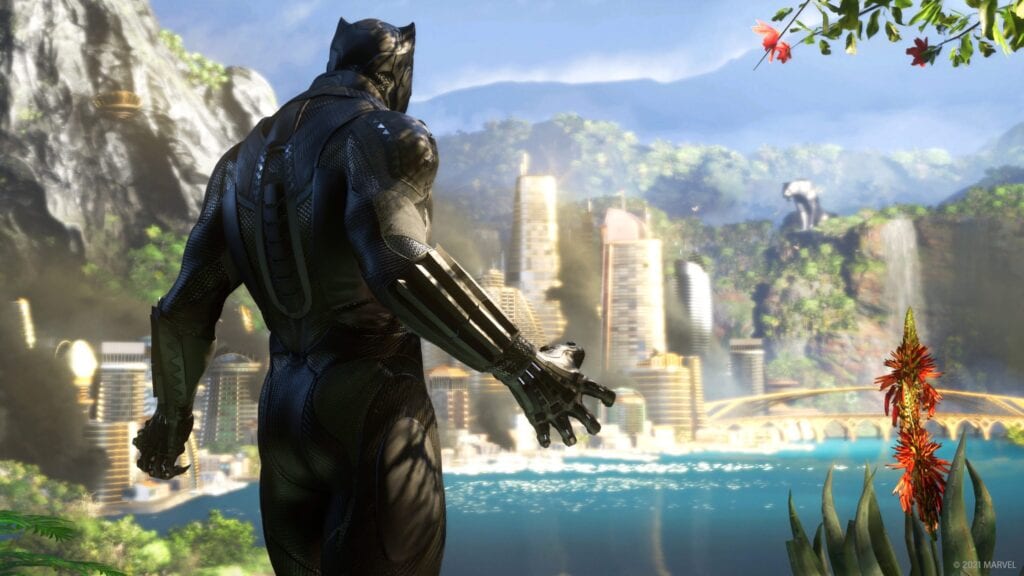 Marvel continues to reign supreme at the top of their multimedia empire, with their video game branch growing even stronger. The biggest piece in that empire the past year has been their Marvel’s Avengers game published by Square Enix. The game already boasted a big single-player campaign, but promised years worth of additional content to be delivered through an ongoing series of updates. The biggest of which to date was recently revealed to be the upcoming Black Panther-focused War For Wakanda DLC. Now, new concept art for that DLC has been revealed, which shows Crystal Dynamic’s vision for the rich, luscious nation of Wakanda.

Prepare to prowl through the lush Wakandan jungle.

Experience Director, Tore Blystad, discusses designing this iconic location and what players can expect when they step foot into the War for Wakanda Expansion.

Square Enix recently released a new update about the Marvel’s Avengers War For Wakanda DLC on their official blog. According to the blog, the team at Crystal Dynamics has explored the vast history of the Black Panther comics for inspiration for their new version of T’Challa and Wakanda. Particular, the earliest Marvel Comics appearances of Black Panther and Wakanda were utilized as inspiration for the new designs. The concept art heavily focused on the dense jungles of Wakanda, with the intention of them providing exploration opportunities in the game. The jungle is populated with ancient Wakandan structures that seem to be kept fairly in tact. Crystal Dynamics states that they took influence from real world ruins in these designs, though noted that Wakandan technology makes these structures much more complex and superior than our real world ancient structures. 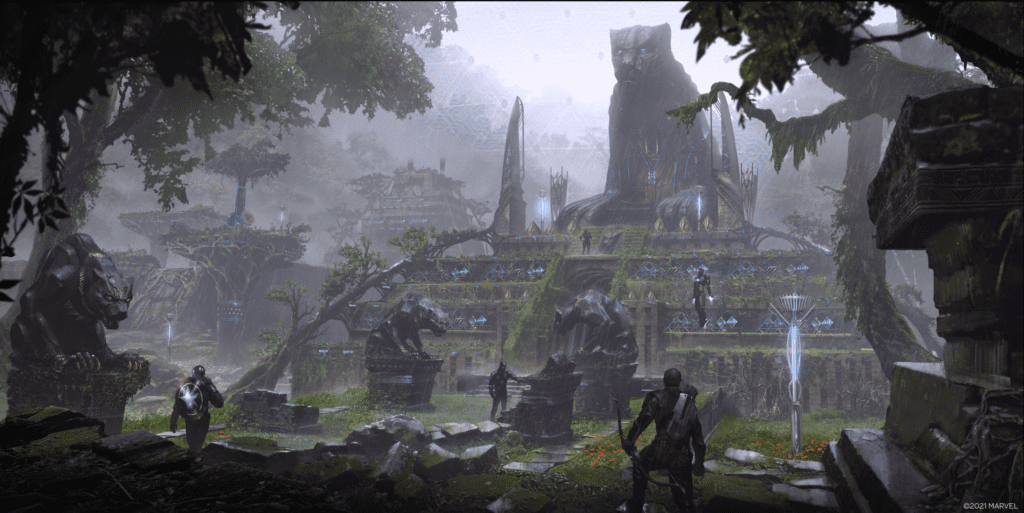 In the comics, Wakanda is an unconquered nation free of Western influence, so the Crystal Dynamics team sought to stay true to that depiction with the War For Wakanda DLC. As such, they felt it proper to re-design all of the game’s items, such as turrets and crates, to show Wakanda’s unique cultural designs. One piece of art shows Black Panther on a cliff that provides a view of the vast Wakandan city skyline, of which there was a similar shot in the recent reveal trailer. This just shows how crucial concept art can be in providing a direction for a project’s visual style can be. War For Wakanda is set to launch in August, and it certainly seems like it will live up to T’Challa’s royal heritage indeed. Wakanda Forever.

What do you guys think about this Marvel’s Avengers War For Wakanda DLC concept art? Let us know in the comments below! Be sure to stay tuned for the latest Marvel news, such as the new Black Widow movie skin for Marvel’s Avengers, here on Don’t Feed the Gamers! Follow us on Twitter to see our updates the minute they go live! 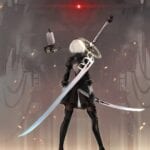 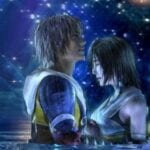 Final Fantasy X-3 Could Still Happen, But There's A Catch