With events and conferences being cancelled or postponed left and right these days, digital showcases have become the current go-to method to bring new information to the masses. Ahead of their own E3-like all-digital event, Microsoft is preparing to show off a few of their upcoming wares in a new episode of Inside Xbox.

Readying for release on April 7th (2 pm PT / 4 pm CT / 5 pm ET), this next edition of Inside Xbox is confirmed to feature numerous titles from under the Xbox umbrella – including the likes of strategy-based Gears Tactics, open-world Sea of Thieves, and Obsidian Entertainment’s survival adventure Grounded. In addition, the Obsidian title is set to have new gameplay revealed after the main showcase concludes (2:40 pm PT / 4:40 pm CT / 5:40 pm ET).

Not only that but there will also be updates about Xbox Game Pass as well as a few “surprises” from the indie-focused [email protected] team. The next-gen Xbox Series X was confirmed not to have a heavy focus during Inside Xbox, but the program is instead set to discuss the console’s recently-revealed tech specifications with Director of Program Management for the system Jason Ronald.

As this next Inside Xbox is being broadcasted from quarantined employees at home, Microsoft informs some enhanced features such as “captions, audio descriptions, and localized subtitles” won’t be available until later this week. The new episode is set to stream live from official Xbox channels on Mixer, Twitch, Facebook, Twitter, and YouTube – the last of which being viewable in the pre-released video below.

What do you think? Are you excited about what reveals may take place during Inside Xbox, or are you disappointed by a lacking Xbox Series X presence? Let us know in the comments below and be sure to follow Don’t Feed the Gamers on Twitter and Facebook to be informed of the latest gaming and entertainment news 24 hours a day! For more Xbox headlines recently featured on DFTG, check out these next few news stories: 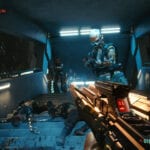 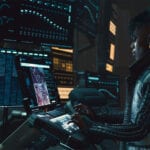