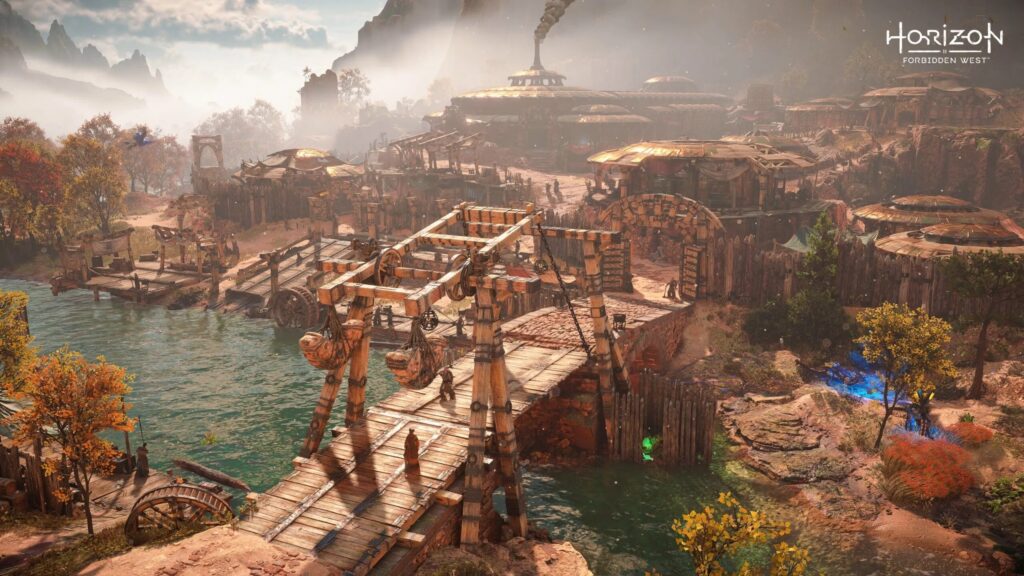 As games continue to grow and evolve, the concept of bringing players into a living world has become increasingly more important. In open-world titles especially, it can be a bit of a challenge to create lands that feel alive, giving players a sense of wonder and immersion. Adding activities to find throughout the world can only take a game so far, and creating a sense of culture within the world or making the area feel like it’s actively being lived in is something that takes a bit more care. For its upcoming sequel, Guerilla Games is trying to capitalize on bringing out the finer details to Horizon Forbidden West so that players can be fully immersed in the world at large.

A recent blog post delves into the world-building of Horizon Forbidden West, with developers revealing their approach to creating a truly living land. While fans will be able to adventure throughout a new setting filled with secrets and activities, the Lead Living World Designer at Guerilla Games, Espen Sogn explained that building the world with intent was a strong focal point for the team. The creators placed a lot of emphasis on creating characters with history, depth, and their own cultures that felt unique.

“When you walk through the Forbidden West, everything should feel like it belongs there. The Living World team at Guerrilla works on aspects of the game that make the world feel authentic and alive:  the tribes, the settlements, and the people within them. There’s an intention behind everything we place within the world.”

The developers’ post also mentioned an emphasis on the behavior of NPC characters. This includes creating a Crowd system that gives life to villagers with walking paths, reactions, and more, as well as an Attitude system that gives these characters a bit more personality. Depending on the culture of an NPC’s tribe the way they walk, interact with others, or even carry water will change. As Aloy travels across the Forbidden West, the different characters that she meets will reflect the needs of their respective tribes such as cooks having differing opinions on how food needs to be prepared based on what culture they’re a part of. 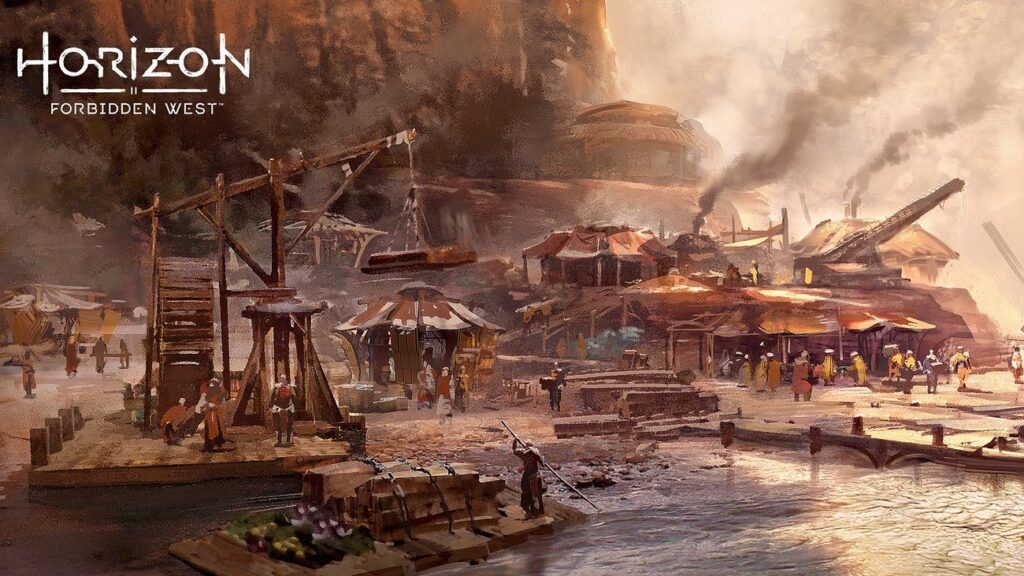 There’s a lot going on behind the scenes of the upcoming title and it’ll be interesting to see just how much detail the developers have added in. Horizon Forbidden West is set to be available on February 18th, 2022 for PlayStation 4 and PlayStation 5. Let us know your thoughts on the immersive systems the developers are creating for Horizon Forbidden West and more in the comments section below. As always, don’t forget to follow Don’t Feed the Gamers on Twitter for 24/7 coverage of all things gaming and entertainment.