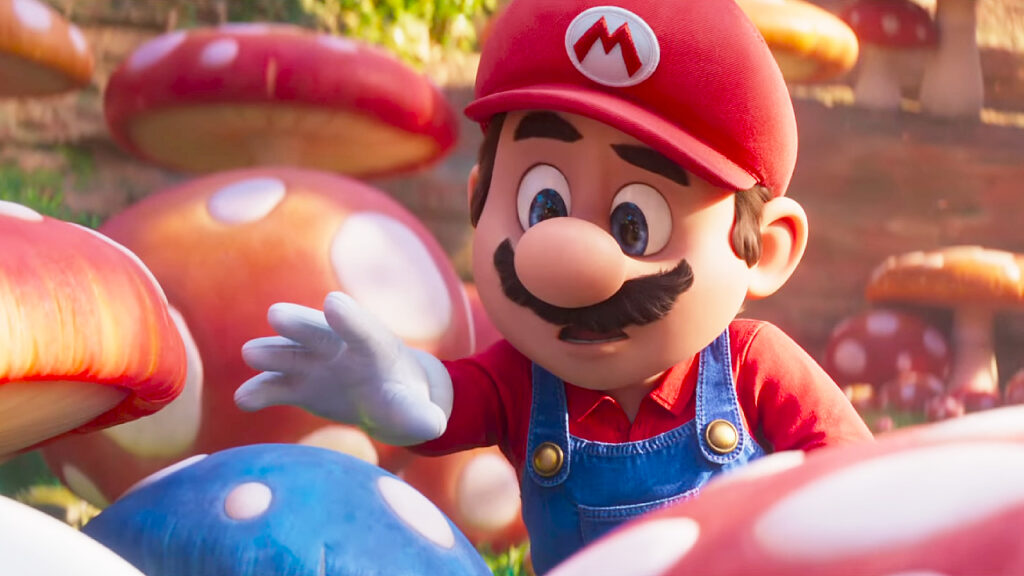 In recent years, Hollywood has seen a major influx of projects that aim to adapt video game franchises to film and television. The theatrical box office has seen a good string of success for video game characters on the big screen lately, with Nathan Drake, Sonic the Hedgehog, and more drawing big audiences. After decades away from theaters, Nintendo has made their return to the big screen clear with an animated Super Mario movie being made in partnership with Universal Pictures and Illumination Entertainment. Now, the first official Super Mario Bros Movie trailer has finally been revealed to eager fans.

The Super Mario Bros. Movie trailer begins with Bowser’s flying stone ship approaching an icy kingdom. His legions of Koopa Troopas, led by Kamek (voiced by Kevin Michael Richardson) begin their siege when they are met with an intimidating squad of penguin soldiers. The soldiers aggressively pelt Bowser’s army with snowballs, to little effect. After their quick defeat, Bowser then obtains the iconic invincibility star, while gloating as to who could stop him.

After Bowser’s scene in the Super Mario Bros. Movie trailer, Mario himself awakens in a mushroom field, after having warped into the Mushroom Kingdom from a warp pipe. A confounded Mario is suddenly greeted by an anxious Toad (voiced by Keegan Michael-Key) and directed toward the Princess’s castle. The logo for the Super Mario Bros. Movie is then revealed. A surprise tag scene then shows Luigi (Charlie Day) running away from ghosts and finding solace in what would appear to be a haunted mansion. Miyamoto and Melidendri then promise more reveals to come in these last few months leading up to the film’s release on April 7, 2023.

What do you guys think about the Super Mario Bros. Movie trailer? Let us know in the comments below! Be sure to stay tuned for the latest Nintendo news, such as more Nintendo movies likely coming after the Super Mario Bros Movie, here on Don’t Feed the Gamers! Follow us on Twitter to see our updates the minute they go live!