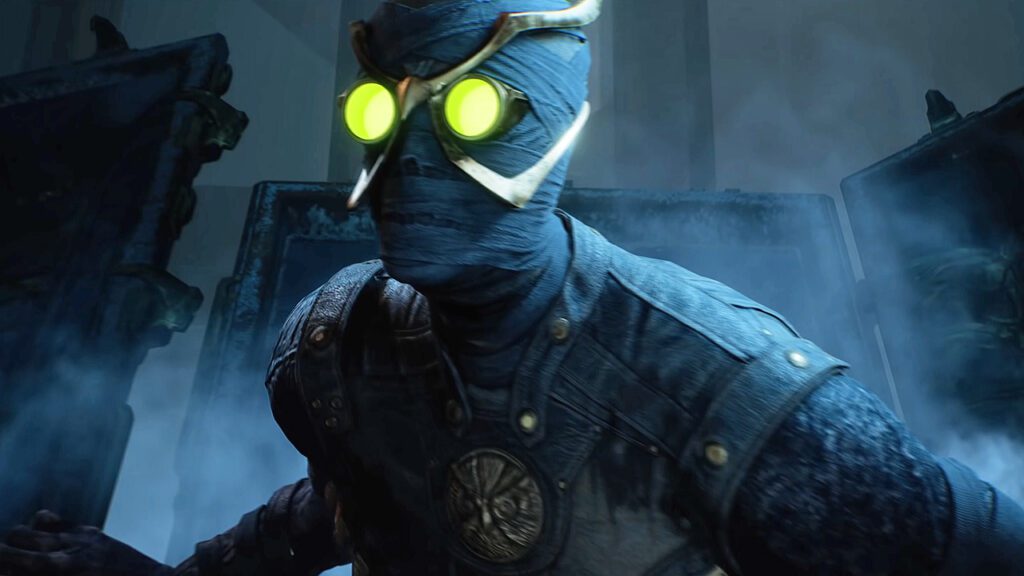 A ton of mysteries exist in the Batman universe and few hold the same level of intrigue as the conspiracy of the Court of Owls. Set up as a mysterious faction that controls Gotham and beyond, the Court of Owls acts as a sinister syndicate hidden deep in the shadows that many in the Bat-family have dealt with at some point or another. As it turns out, this cabal of creepy owl-themed villains is the focus of the upcoming Gotham Knights game, featuring Batgirl, Robin, Nightwing, and Red Hood. A new trailer has now arrived teasing the story of what’s to come.

It’s been known for a while that the upcoming Gotham Knights will feature the Court of Owls as an antagonistic group in the game, though how exactly is still unclear. The current trailer from this year’s DC FanDome tells a similar story to previous trailers and reveals, indicating that Batman is supposedly dead, but whether that fact will stay true remains to be seen. The recent trailer also shows what appears to be Penguin talking with Dick Grayson as Nightwing, with the villain explaining that the Court of Owls is always watching and listening.

Being a secretive collective of villains who are able to control what they want through information, deception, and subterfuge, it makes sense that the group would be able to keep tabs on everything, especially when it comes to people close with Bruce Wayne or Batman. The trailer concludes with several scenes showing various members of the Bat-family investigating and being confronted by the Court of Owls, events that will no doubt happen frequently once the game finally releases next year.

There’s still a lot of mystery surrounding the upcoming Gotham Knights game, and rightly so considering the opponent that the Bat-family faces. It’ll be interesting to see what the developers have planned to release next year on 0n PC, Xbox One, PlayStation 4, Xbox Series X/S, and PlayStation 5. Will you be willing to take on the Court of Owls and uncover the dark secrets the covert organization keeps? Let us know your thoughts on the latest trailer for Gotham Knights, the story of the Court of Owls, and more in the comments section below. As always, don’t forget to follow Don’t Feed the Gamers on Twitter for 24/7 coverage of all things gaming and entertainment.