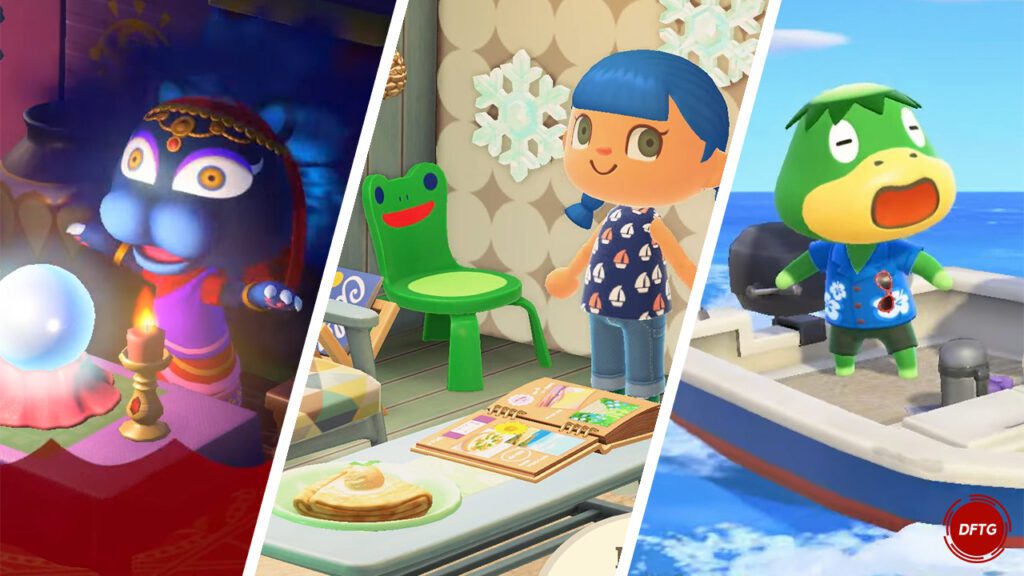 Animal Crossing: New Horizons is set to receive its final major update next month, but November isn’t slouching when it comes to new content for the vibrant living simulator. As revealed in a recent Animal Crossing-focused Direct presentation, the entire month appears to be the biggest yet for New Horizons, providing a whopping new update as well as a large-scale new DLC called Happy Home Paradise.

First and foremost, a new update is set to arrive a the beginning of November, bringing new buildings, characters, and activities for players to utilize. The loveable Brewster will notably open his café area The Roost, allowing for players to meet up with island residents and other real-world players for a good ol’ cup of joe. In addition, the update will also introduce melodic island tours from Kapp’n as well as several new shops on Harv’s Island like ​​Reese & Cyrus’s furniture customization depot, a fortune-teller shop from Katrina, and a new hairstylist in the form of Harriet.

In addition, several new activities will become available such as hunting for and collecting underground gyroids, a welcome appearance for DIY cooking recipes, as well as the ability to establish ordinances for others to follow on the island. If that wasn’t enough, features like the Pro Decorating license, the new first-person Pro Camera app, custom design patterns, and updated K.K. Slider songs are also on the way. New furniture will be added in the update as well, as evidenced by an appearance from the series’ much memed (and long-awaited) Froggy Chair.

The arguable headline of November is the new paid DLC Happy Home Paradise, which adds a series of new skills and design options to creative players. As part of a new archipelago locale, inhabitants will be able to join the Paradise Planning team, an in-game job dedicated to designing vacation homes for island visitors. Comprising interior and exterior areas, the vocation opens up options like varyingly-sized counters, walls and pillars, ambient lighting, as well as custom soundscapes.

As time goes on, that many more design opportunities can be unlocked, such as remodeling jobs, shared housing projects, and even city planning for school, restaurant, and café buildings. At a certain point, players can also return to the main Nook Resort island to utilize these newly learned skills on their home turf. Shutterbugs can take advantage of the Happy Home Network app, allowing players to upload pictures of their creations as well as view other users’ creative snaps.

Adding to the already-wide availability, a fifth series of Animal Crossing amiibo cards are also arriving at select retailers on November 5th. Each pack includes a deck of 6 cards and goes for $5.99 USD, with a total of 48 new and returning Animal Crossing characters comprising the new collection. These and many of the series’ prior cards utilize unique functionality, such as inviting specific characters to drink up at The Roost café or to renovate their vacation homes in Happy Home Paradise.

What do you think? Are you excited to see all this new content arrive for Animal Crossing: New Horizons, or are you bummed this is the final major content update for one of the pandemic era’s most popular gaming staples? Let us know in the comments below and be sure to follow Don’t Feed the Gamers on Twitter and Facebook to be informed of the latest gaming and entertainment news 24 hours a day!​