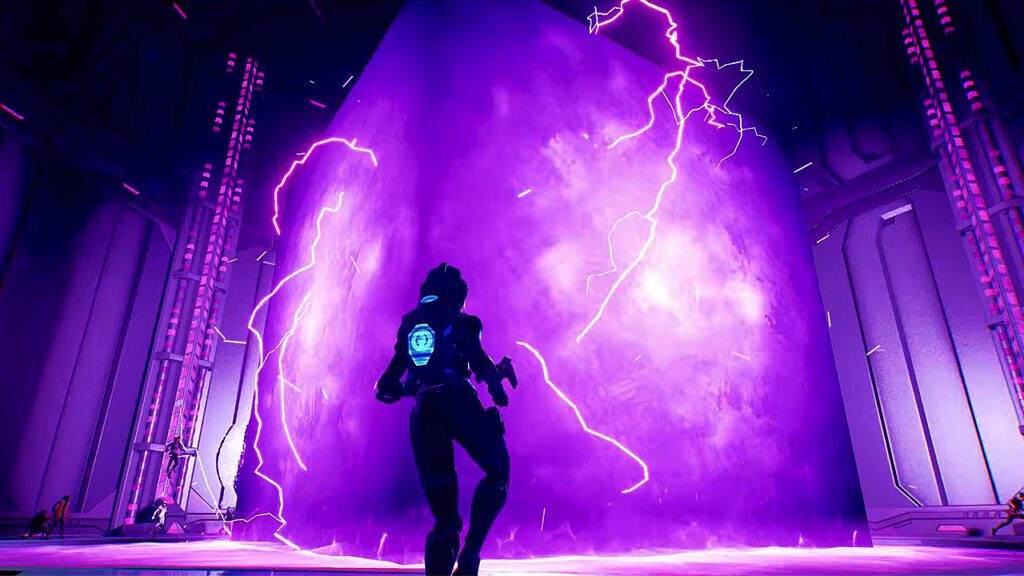 Since the commencement of Chapter 2 last year, Fortnite has been collecting crossovers like nobody’s business, with the latest Season 7 bringing some of the most ambitious and borderline random personalities into the fray, from famous faces like Will Smith, fictional ones like Rick and Morty, to full-on concert experiences with musician Ariana Grande. With the passage of time, the end has now arrived for Season 7, and the battle royale’s ensuing event was a decidedly explosive way to ring in Season 8.

Having built up the event for the past few days, the Fortnite island was recently paid a visit by a large flying saucer, with an alien invasion all but assured for the game’s upcoming Season 8. However, today’s event was nonetheless exciting, as the Season 7 countdown ended with everyone getting abducted into the looming spacecraft. However, with the vocal aid of Dr. Slone, players were then thrown into a stealth mission (Operation: Sky Fire) to destroy the alien ship, complete with tense stand-offs and some fun water slide-esque “transport tube” rides.

However, upon reaching the explosives, players were met with a long-lost face – six of them to be exact. Yes, the fan-favorite Kevin the Cube has indeed returned to Fortnite, though in a malicious capacity. Immediately after rising from the ground, the glowing box began zapping players into digital dust, with the room’s population getting continually lighter until Slone managed to render Kevin inert. As the threat died down, players were handed a twist. Slone activated the timer and stranded players with the bomb to prevent the Cube from escaping.

Luckily, the game immediately gave players the opportunity to “reboot” Kevin, turning him from his sinister purple to a nice new “Tesseract” blue. With only two minutes left on the countdown, the grateful and newly-hued Kevin proceeded to transport everyone up the corridor and away from the bombs. However, the scene soon finds a dead end as numerous other purple Cubes reveal themselves and cut the escape short, just as the timer reaches 0:00.

The screen flashed with a bright white and players found themselves sent tumbling down to the Fortnite island once again. Alongside the other players, the screen was filled with fiery debris, as pieces of the ship, Kevin, and several purple Cubes were hurled back down to Earth. Before players could witness the entirety of the map’s destruction, the scene smash cuts to the phrase “To be continued in Season 8,” followed by yet another countdown ending in 12 hours’ time.

During this Cube takeover, you’ll be unable to play Fortnite prior to server downtime. Prepare to defend the Island!

As Epic Games tends to do, not much is yet known about what’s being planned for Fortnite, but this epic destruction indicates the arrival of some big map changes. When Kevin the Cube originally landed back in 2018, the glowing purple box created all sorts of strange anomalies on the island, altering gravity, engulfing landmarks, and leaving behind strange seemingly-nonsensical runes. As several Cubes have made their way to the island for Season 8, who knows how weird things might get this time around?

You took quite the fall there…

What do you think? Did you participate in the Fortnite Season 7 finale, or did you check it out in a video instead? Are you looking forward to the return of Kevin the Cube? Let us know in the comments below and be sure to follow Don’t Feed the Gamers on Twitter and Facebook to be informed of the latest gaming and entertainment news 24 hours a day! For more seasonal headlines recently featured on DFTG, check out these next few news stories: