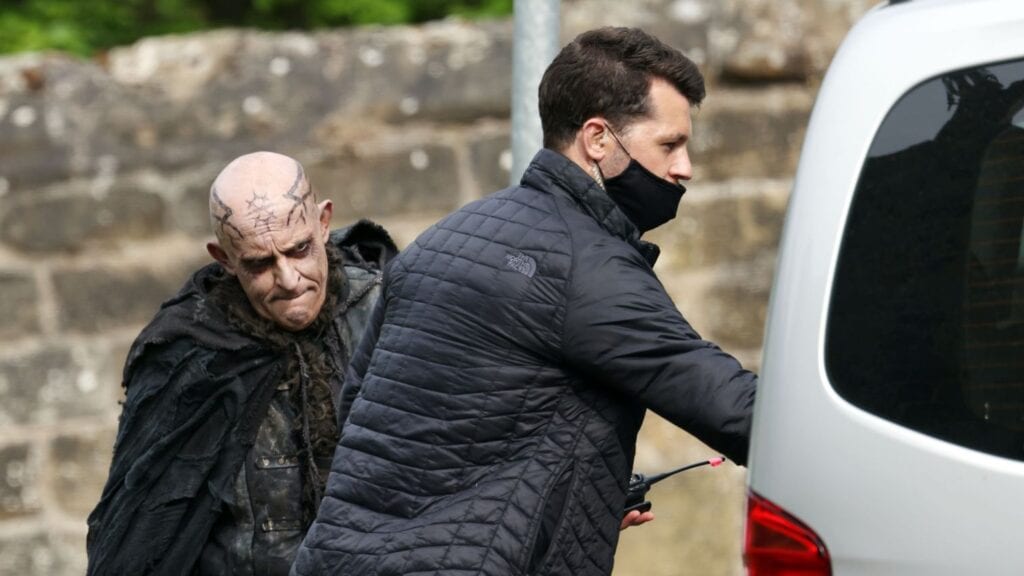 Dungeons & Dragons: Dark Alliance is set to release later this month bringing fans an epic fantasy adventure through the frozen lands of the Icewind Dale. While the title is sure to appease those hungry for lore and loot, the upcoming game isn’t the only project with the franchise as its mold. The upcoming Dungeons & Dragon film is also set to release – albeit years from now – and fans were recently treated to a small tease of the movie thanks to some new set photos that have surfaced.

The photos were taken from in and around the Alnwick Castle and the River Aln showing all manner of set pieces such as a rowboat, banners, and more. The banners featured what appeared to be symbols of the sun though what they mean can be anybody’s guess. The Forgotten Realms wiki Twitter account revealed the identity of at least one set of the banners belonging to Neverwinter featuring three snowflakes while the one featuring a sun could possibly be a representation of the sun deity Amaunator. Other images also feature an actor who has a similar sun tattoo on his forehead. There’s not much in the way of details for the upcoming Dungeons & Dragons film, so for now fans will have to sate their hunger with these images. Perhaps the producers will release some new information later this year to give viewers a small indication as to where the film is headed.

The Dungeons & Dragons film adaption is set to arrive on the big screen March 3, 2023, a while yet but surely it’ll be worth the wait. Written by John Francis Daley and Jonathan Goldstein the movie will feature stars Chris Pine, Michelle Rodriguez,  Regé-Jean Page, Daisy Head, Hugh Grant, Sophia Lillis, Justice Smith, Chloe Coleman, and Jason Wong.

Are there any stories throughout the franchise that you’d like to see told in a live-action format? Let us know your thoughts on the first images from the set of the Dungeons & Dragons film and more in the comments section below. As always, don’t forget to follow Don’t Feed the Gamers on Twitter for 24/7 coverage of all things gaming and entertainment.