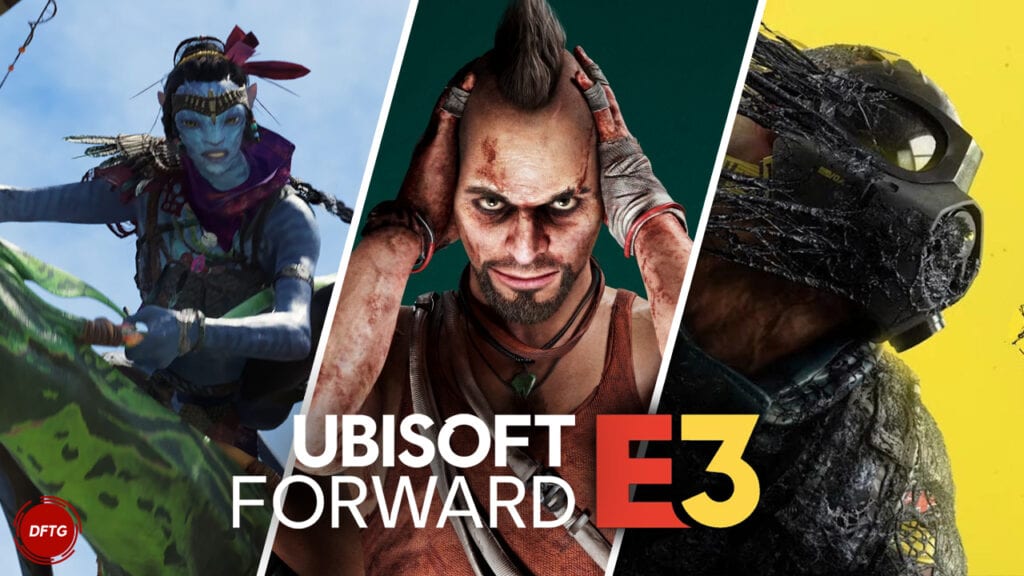 It’s officially the start of E3 2021 and numerous game companies are bringing their biggest announcements across various different conferences. Though the in-person event was forgone for this year’s proceedings, events such as Ubisoft Forward have nonetheless had little trouble in packing its duration with exciting announcements. Recapping the first day of E3, here are all the big reveals from Ubisoft Forward 2021.

At the top of the showcase, players were introduced to the next iteration of the Rainbow Six series entitled Extraction. Renamed from the previous title of ‘Quarantine,’ the upcoming tactical co-op experience brings the series into new sci-fi territory, facing an infectious alien threat called The Archæns. Set to receive extended cross-play and cross-save support across all platforms, Rainbow Six Extraction releases for PC, Google Stadia, PlayStation 4, PlayStation 5, Xbox One, and Xbox Series X/S on September 16th.

These days, nearly every kind of media has taken the form of a subscription service, and it appears Ubisoft’s premier guitar sim is also following suit. Announced during the Ubisoft Forward event, Rocksmith Plus was revealed as a new education service centered on learning to play guitar, with users given access to a large library of songs to play in an interactive medium. Based on the reveal trailer, the platform uses the same “real-life guitar” setup from the original Rocksmith, though, this time through the use of a PC or mobile app.

Rocksmith Plus doesn’t currently have a release date, but a PC beta is rolling out starting today.

Delayed earlier this year from its original release date, Ubisoft Forward notably brought along a release date for Riders Republic as well as offering a solid look at gameplay for the open-world extreme sports title. Assembling the likes of bikes, skis snowboards, and wingsuits into a single experience, the game sets up a range of co-op and multiplayer modes to compete across numerous real outdoor sports destinations. Riders Republic releases for PC, Amazon Luna, Google Stadia, PlayStation 4, PlayStation 5, Xbox One, and Xbox Series X/S on September 2nd.

Even with Extraction on the horizon, it looks like Ubisoft isn’t forgetting about Rainbow Six Siege. Starting June 30th, Siege is confirmed to recive extended cross-play support, with PC, Amazon Luna, and Google Stadia getting their own cross-platform pool and current and last-gen consoles following some time in Early 2022. On top of that, this new update is set to enable cross-progression for all available platforms. If that wasn’t enough, the showcase also premiered a new story animation featuring Mina “Thunderbird” Sky from the upcoming North Star season.

Just like the inevitable yearly influx of sports games, Ubisoft Forward also debuted a first look at the next Just Dance game called – wait for it – Just Dance 2022. While it’d be easy to assume this was a typical entry of the long-running dance title, it appears Ubisoft is mixing things up by featuring a collaboration with the flamboyantly talented musician and dancer Todrick Hall. Among the 40 new tracks slated to debut, Hall is also bringing a new version of his hit song “Nails, Hair, Hips, Heels,” which was created exclusively for the upcoming title.

Arguably Ubisoft’s flagship franchise, a host of new content was also confirmed to be on the way for Assassin’sCreed Valhalla. Firstly, a major expansion called The Siege of Paris is set to introduce a fresh region as well as new enemy types, quests, gear, and abilities to discover along the way. Speaking of, the showcase also confirmed Discovery Tour will return from Odyssey and Origins, offering users a combat-less free-roam of the game’s Viking-centric world. On top of all that, Ubisoft was able to confirm a full second season of DLC will become available sometime in 2022.

Entries of the Far Cry series are more or less defined by their memorable villains, with the newest Far Cy 6 looking to bring new meaning to that idea. Included in the upcoming game’s season pass, players will be able to play as Vass, Pagan Min, and Joseph Seed from Far Cry 3, 4, and 5 respectively in a particularly unique-looking side-story. In addition to living out players’ villain fantasy, the game will also see the modern-gen debut of the massively underrated Far Cry 3: Blood Dragon DLC.

Following Ubisoft’s bizarre, yet somehow appropriate collaboration called Nintendo Mario + Rabbids Kingdom Battle, the two companies appear to be doubling down with a new galactic-sized sequel. Titled Mario + Rabbids Sparks of Hope, the Mushroom gang reunites with the Rabbids to face off against a cosmic, Cthulhu-like villain. Gameplay for the title looks largely familiar to the series’ previous entry, but we’ll likely see more information before the game’s launch on Nintendo Switch later this year.

Long relegated to small references in the past, Ubisoft and Massive Entertainment’s new Avatar game Frontiers of Pandora finally saw an official showcase during Ubisoft Forward. From the looks of the game’s trailer, the alien world of Pandora is recreated to a stunning degree, replicating the lush jungle setting, the unusual native creatures, as well as the tense conflict of the humans and Na’vi from James Cameron’s big-screen movie. Avatar: Frontiers of Pandora is slated to release for PC, Amazon Luna, Google Stadia, PlayStation 5, and Xbox Series X/S sometime in 2022.

Following Ubisoft Forward, E3 2021/ Summer Game Fest is set to continue with additional showcases for Devolver Digital and Gearbox, leaving room for plenty of additional gaming reveals before the day is done. What do you think? ​​​​​​​​​​​​​​​​​​​​​​​​​​​​​​​​​​​​​​​​Let us know in the comments below and be sure to follow Don’t Feed the Gamers on Twitter and Facebook to be informed of the latest gaming and entertainment news 24 hours a day!