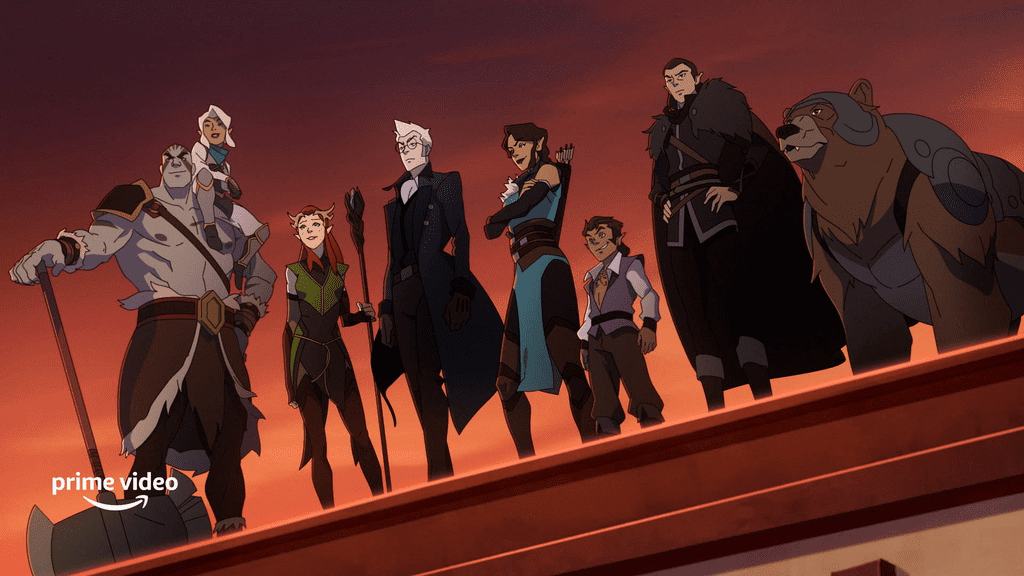 As if it were almost unexpected for tabletop gaming and Dungeons & Dragons to see a resurgence in popularity in recent years, it has been just as surprising to see a show about people playing D&D become one of the most popular shows on the web. Critical Role accomplished just that with its cast of voice actors and knowledgeable DM Matthew Mercer. The franchise’s popularity has blown up to warrant merchandise, live shows, and a record-breaking crowdfunding campaign turning a planned animated special into a full-fledged animated series. Now the first look at The Legend of Vox Machina animated series has finally been revealed.

Amazon Prime has released a preview of the title sequence from The Legend of Vox Machina animated series on their official YouTube channel. The series will adapt adventures of Vox Machina, the diverse band of booze and brawl-loving adventurers, and the focus of Critical Role’s first campaign that lasted over a hundred episodes. While the main series has moved on from these characters, their adventures have expanded into everything from books, comics, and now, these new animated adventures.

Critical Role DM Matthew Mercer is also on hand to voice a random bar brawler who runs afoul of the group. It has been suggested that Mercer will voice a variety of the characters in the new series, which acknowledges his trend of providing different voices to NPCs in the original series. The animation of the new series looks like it quite well captures the vibrant and lively world that the Vox Machina campaign created, now brought to visual life in animation. Streaming on Amazon Prime Video, the new Legends of Vox Machina animated series is set to premiere on February 4th, 2022.

What do you guys think about The Legend of Vox Machina first look? Let us know in the comments below! Be sure to stay tuned for the latest Critical Role news, such as the premium Critical Role collectible statues revealed by Sideshow Collectibles, here on Don’t Feed the Gamers! Follow us on Twitter to see our updates the minute they go live!

Nintendo Switch Joy-Cons Are Being Improved, But Wear Is "Unavoidable"