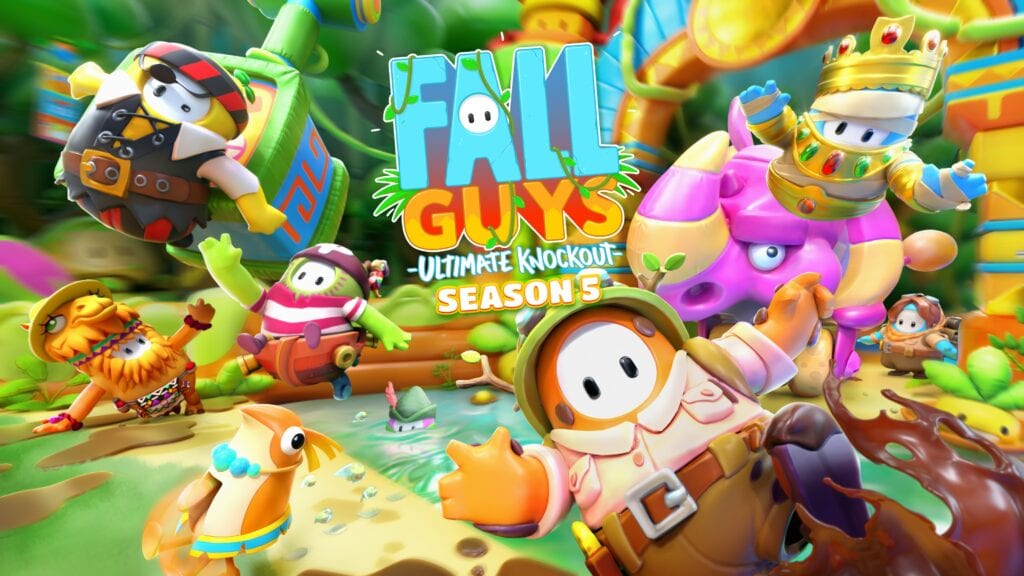 One of the biggest and perhaps most unexpected multiplayer games to arise in the industry this past year has been Fall Guys: Ultimate Knockout. The game show-like mayhem of the bean people has become endearing to many gamers. With each new season, the game has added wonderful new content to entice its playerbase to stick around, with the latest season introducing new Squads mode. Recent seasons have also introduced new crossover content with franchises like Sonic the Hedgehog and Among Us. Now, Mediatonic has released the new Fall Guys season 5 trailer, featuring an interesting new theme and included crossover.

Mediatonic has released the new Fall Guys season 5 trailer on the official YouTube channel. The trailer seems to show that the fifth season will have a heavy jungle theme, complete with ancient temple ruins filled with booby traps. Mediatonic has also announced new modes for playing with friends will be available this season, including duo and trio modes. The new season also will include a new final round called “Lost Temple”, which the developer claims is their most ambitious round made for the game so far.

Mediatonic also released a  new video showing gameplay from Fall Guys Season 5. In the video, a closer look at the new types of traps and mini games were showcased, as well as a better glimpse at their new crossover with Spelunky. The main explorer character from Spelunky will be added as a new guest character skin with the new season, alongside some new pirate and animal costumes. The new season is now available as of today, July 20th, on PC and PlayStation 4. The bean people of Fall Guys have been tossed around for nearly a year now, and this season will continue to prove it really is a jungle out there in Ultimate Knockout.

What do you guys think about the Fall Guys season 5 trailer? Let us know in the comments below! Be sure to stay tuned for the latest Fall Guys news, such as the Fall Guys Xbox and Nintendo Switch ports of the game being delayed, here on Don’t Feed the Gamers! Follow us on Twitter to see our updates the minute they go live!