For those who haven’t gotten around to tackling the story-driven campaign of Elder Scrolls Legends, the chance has arrived for players to get in on the action. The game is moving from Bethesda.net exclusivity to also being available for PC’s Steam, Mac, and Android tablets respectively. The availability change will come along with an update to the strategy card game that expands on the Elder Scrolls RPG universe.

Elder Scrolls Legends won’t force Bethesda.net users to start new accounts on different platforms. Players can lay those concerns to rest as login information will be universal, allowing players to continue to use their favorite, hard earned decks in competitive and campaign play. Players will even be able to jump from one platform to the next in the middle of a match, allowing you to go from your computer to tablet so the action doesn’t cease as you go about your day.

Two new game modes are also coming to Elder Scrolls Legends to make things more interesting! Firstly, Spectator Mode allows players to observe games their friends are playing, as they’re playing it. Bethesda has plans to expand this feature and is currently looking to the fans for feedback on what to change.

The second mode coming to Elder Scrolls Legends is called Gauntlet Mode. Here players will battle it out in a string of competitive matches for ranking in leader boards. Prizes will also be granted and include card packs, in-game gold, and more! The tournaments will vary, which means the size, prizes, and any entry fee may be different from Gauntlet to Gauntlet.

Will this expanded release help make Elder Scrolls Legends more popular than ever? Join in on the conversation in the comment section below! Don’t forget to follow DFTG on Twitter for live gaming and entertainment news 24/7! 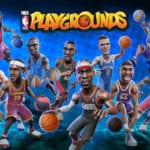 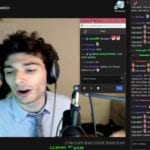