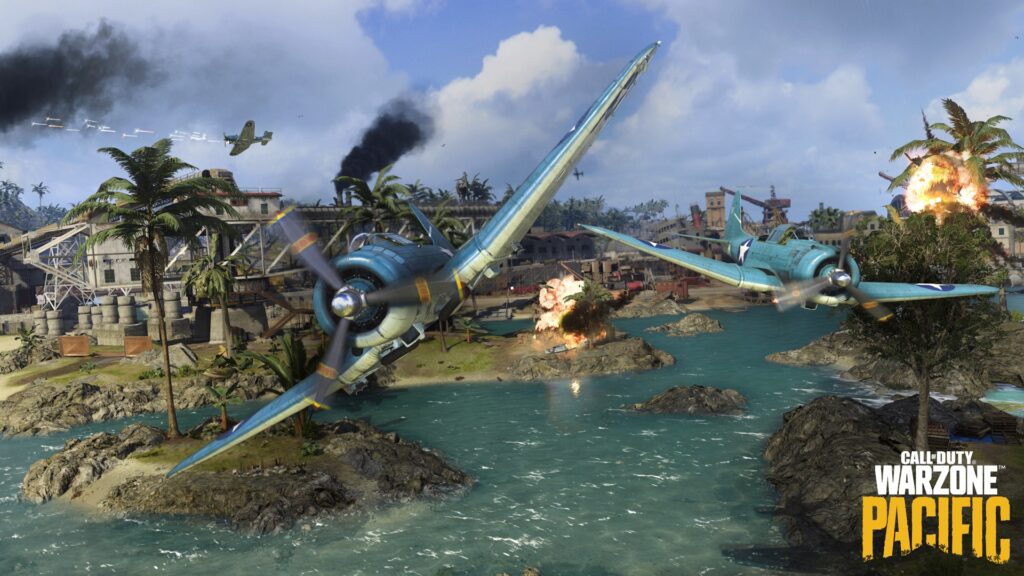 Call of Duty: Warzone has continued to update itself alongside the other recent franchise releases. From the beginning with Call of Duty: Modern Warfare to the latest release of Black Ops the title has seen quite a few changes, but soon the game will be seeing the biggest change yet. The release for Call of Duty: Vanguard will bring about an end to the well-used Verdansk map, opting for a new Pacific-themed map instead. Now fans have a release date for this new Caldera map as well as a detailed roadmap as to what’s going to happen in the coming months.

A recent post from the Call of Duty website details the “Road to Season One” of Vanguard, the next big year of content for the franchise. The lengthy post gives players everything they need to know concerning the upcoming title as well as all the goodies that it’s bringing along with it, including the upcoming changes to Call of Duty: Warzone. Beginning on November 19th players will be able to take part in Operation: Flashback, an event aiming to celebrate the last 18 months players have had with the Verdansk map by reintroducing the various events in a condensed limited-time mode. Moving on from there, another limited-time event will arrive on November 24th that will task players with completing challenges for rewards pertaining to the upcoming Caldera map. While there isn’t too much information on what exactly this event will entail remains to be seen but the developers do warn players in the post that more details will be on the way sometime mid-November.

November 30th will mark the beginning of the end for Verdansk, at least for a little while. This Beenox-developed event has yet to be “declassified” by the developers but is promised to be a fitting end to the map before the launch of Call of Duty: Warzone Pacific on December 2nd. Built on research and community feedback, the Caldera map will feature a similar size to the Verdansk map and will be available for Vanguard owners at the very beginning of Season One while everybody else will be waiting a bit longer before being able to join the fray on December 3rd.

Season One will give everybody a fresh start, opening up with the Vanguard Royale mode. The mode will give players a chance to try out the new content arriving with Vanguard without having to worry about external content and the current metas within Call of Duty: Warzone. Player progression will be reset giving fans a chance to grind their way through the ranks once more, all while retaining unlocked content from the previous era of Warzone that can still be utilized outside of the Vanguard-only game modes that appear.

Your progression – for your Player Level, Battle Pass system, etc. – is synchronized across Vanguard, Black Ops Cold War, Modern Warfare and Warzone Pacific, and the Seasonal Levelling and Prestige System will return. This also means your level will reset to Military Rank 1 within all games, but this only applies to XP; all content you previously unlocked will still be available.”