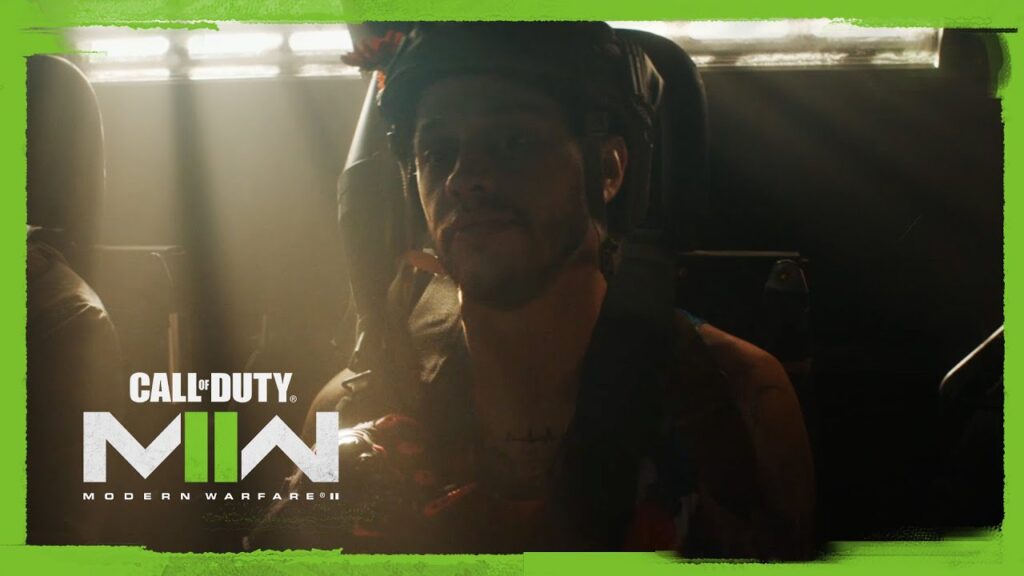 While development of ongoing video game series has taken some slight hits in production output the past few years thanks to the pandemic, the Call of Duty series continues to endure. Their streak of releasing a new title every year has not been broken, with this year promising the release of Call of Duty: Modern Warfare II. The series has proven immensely popular, which has allowed for the games and their marketing material to afford big name talent like Danny Trejo and Robert Downey Jr. Now, a new series of Call of Duty: Modern Warfare II teasers have been released, with one starring Pete Davidson.

Activision has released a new series of Call of Duty: Modern Warfare II teaser trailers on their official YouTube channel for the franchise. The trailer focuses on a group of soldiers in an armored transport, likely in a war zone, with most of the characters wearing heavy military gear and masks. Suddenly, the camera shifts and reveals Pete Davidson is among the troops being carried into combat, likely being a visual metaphor for the lobby of an online Call of Duty match. The meta humor only continues, as Pete asks his fellow soldiers if they brought any snacks, as his mother packed him many snacks for the trip. This seems to acknowledge the prevalence of young players that play Call of Duty, but also a nod at Pete’s well-known years-long living situation with his real life mother.

Activision released other teasers with Pete Davidson replaced in the transport with other notable people. One teaser features NBA player Trae Young spinning a basketball on the ride, while another features known streamer TimTheTatman asking his squad if he should use a scope on his gun or not. All of these teasers end with their squads implying they’ll be kicking these outcasts out of the transport, with a logo reveal at the end. They also confirm that the worldwide reveal for the game is set to take place on June 8th. It’ll be interesting to see the game fully revealed then, but for now, we’ll all watch Kanye West’s enemy #1 prepare for battle.

What do you guys think about the Call of Duty: Modern Warfare II teaser starring Pete Davidson? Let us know in the comments below! Be sure to stay tuned for the latest Call of Duty news, such as Dwayne Johnson reportedly starring in a new Call of Duty motion picture, here on Don’t Feed the Gamers! Follow us on Twitter to see our updates the minute they go live!