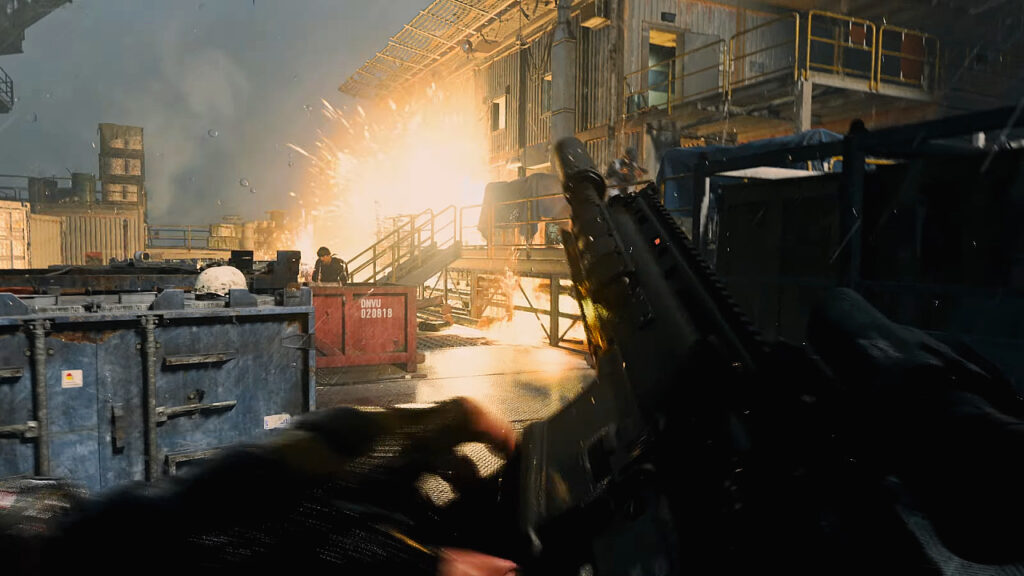 Summer Game Fest is delivering all sorts of exciting reveals and while they may not be as earth-shattering as some other events, announcements like the long-rumored The Last of Us remake and a re-debut for Firaxis’ Marvel XCOM game Midnight Sons have nonetheless brought the house down. However, much of the broadcast was also dedicated to previously-announced fare, with some such as Call of Duty Modern Warfare II showing off new gameplay only 24 hours after the FPS sequel was formally revealed.

As per the gameplay below, Modern Warfare II shows off its aquatic Dark Water level, which sees Task Force 141 in the midst of a mission to “board, clear, and disarm” a group of enemies aboard an oil rig in the Gulf of Mexico. Starring the likes of Soap, Ghost, and Mexican Special Forces Colonel Alejandro Vargas, the 7 minutes of gameplay is largely a demonstration of soft-footed stealth, but the action quickly ramps up when the team discovers a large missile hiding aboard the vessel. Check out the footage below.

Though Call of Duty Modern Warfare II was only just revealed yesterday, it’s still nice to see such a lengthy piece of gameplay make its way to the airwaves. As of now, Modern Warfare II is currently on track to launch on October 28th for PC, PS4, PS5, Xbox One, and Xbox Series X/S, with a new and improved version of Warzone battle royale (Warzone 2.0) launching on the same day. Following the release, the Call of Duty entry is expected to get a steady rollout of free DLC such as fresh maps, modes, and seasonal events.

​What do you think? Are you loving what’s being shown for Call of Duty Modern Warfare II, or do you think the sequel may not be living up to the hype of the 2019 reboot? When do you think we’ll next hear about Warzone 2.0? Let us know in the comments below and be sure to follow Don’t Feed the Gamers on Twitter and Facebook to be informed of the latest gaming and entertainment news 24 hours a day!​