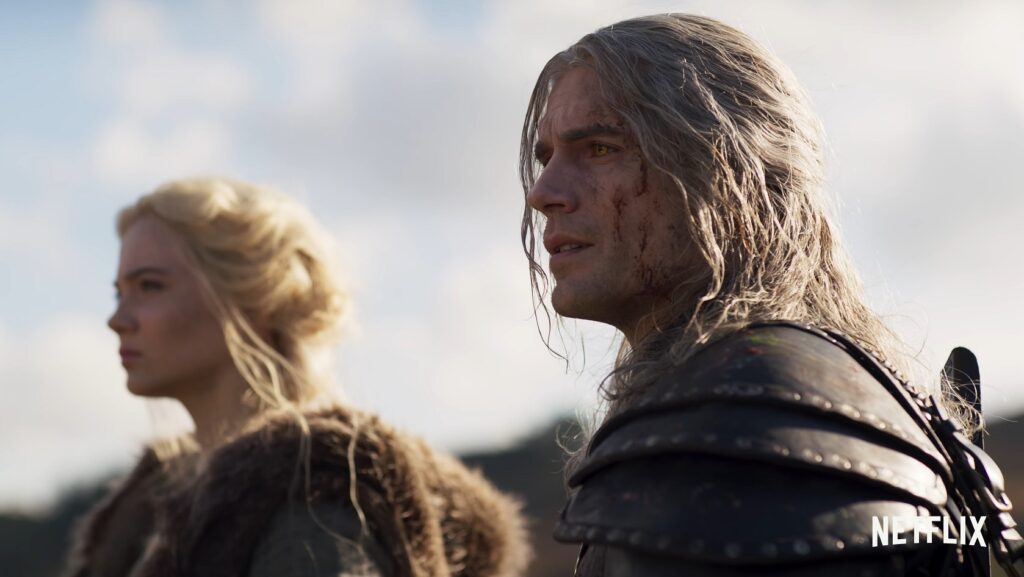 With just a few short months left until Toss A Coin is once again on everyone’s lips, Netflix has released a brand new trailer for The Witcher season 2. The song playing in the background is decidedly different from the melodic bard’s tune, though it seems to go quite well with the monsters and mayhem on display in the trailer.

Netflix took to YouTube and social media to unleash an epic new action-packed trailer for The Witcher season 2. The trailer includes an edited version of Kanye West’s “Monster” song, lining up quite well with the overarching themes present within the series’ debut season. Check it out below:

While we’ve known the majority of the characters from the first season are reprising their roles for season 2, the latest trailer provides the most extensive look at how things have progressed for each of them following the first season’s conclusion. Also included is Jaskier’s new look, which should pair nicely with the bard’s character development.

There are plenty of new additions to the cast shown in the trailer as well. The previously announced addition of Kristofer Hivju is shown in character as Nivellen, while Peaky Blinders actor Paul Bullion is shown in the role of Lambert. Also included in the trailer is our first look at Yasen Atour as Coen, Agnes Bjorn as Vereena, Aisha Fabienne Ross as Lydia, Mecia Simson as Francesca, and Thue Ersted Rasmussen as Eskel.

The Witcher season 2 is slated to release on December 17 exclusively for Netflix.