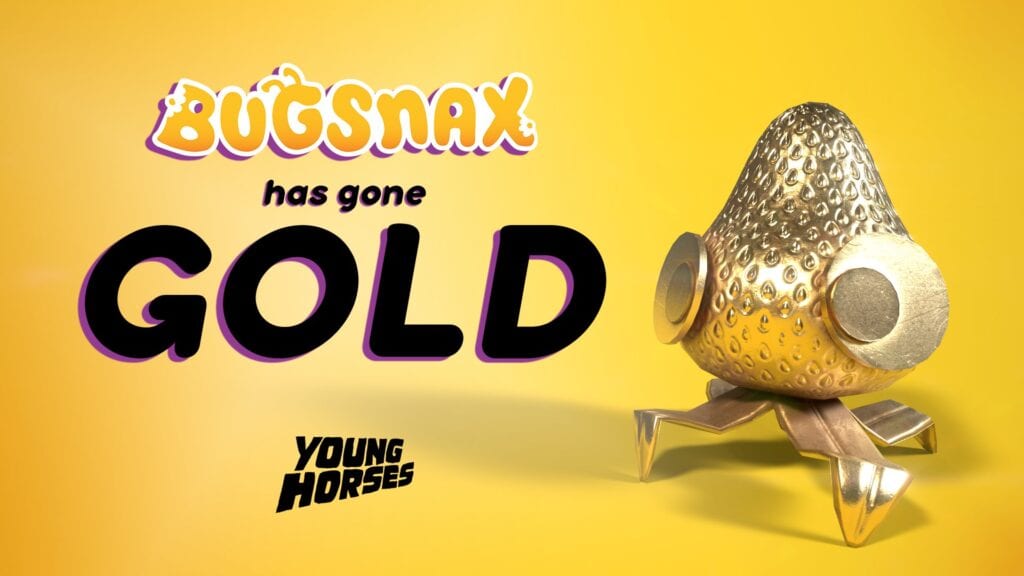 Young Horses revealed Bugsnax earlier this year, and ever since then, people have indeed been talking about them. From the game’s intriguing premise to its catchy theme song, gamers around the world have been wondering when they can get their hands on the edible creatures. As luck would have it, we now have a release date.

The developers recently took to Twitter to announce that Bugsnax has officially gone gold. While this is a feat worth celebrating, that is now the only good news they revealed. In addition to the game going gold, the devs also noted that the upcoming title will be launching on November 12th. Yes, Bugsnax is a PlayStation 5 launch title.

🥇The snax are out of the bag.🥇

That’s right, folks – we’ve got only a little over a month of talking about Bugsnax. After that, we get to play with them while also continuing to converse about them. Needless to say, players are likely in for a treat, especially considering it’s a game from the same people who made Octodad. It’s going to be a good time.

Bugsnax is currently in development and expected to launch on November 12th for PlayStation 4, PlayStation 5, and PC via the Epic Games Store. Pre-orders are also available now on PC with a 15% discount. Keep it tuned to Don’t Feed the Gamers as this story develops, and for other gaming goodness going on right now, check out the following:

What say you, gamers? Are you ready to step into the wonderfully wild world of Bugsnax when it arrives next month? What sort of experience are you hoping to get out of the upcoming game? Sound off in the comments section below, and be sure to follow DFTG on Twitter for live gaming and entertainment news 24/7!