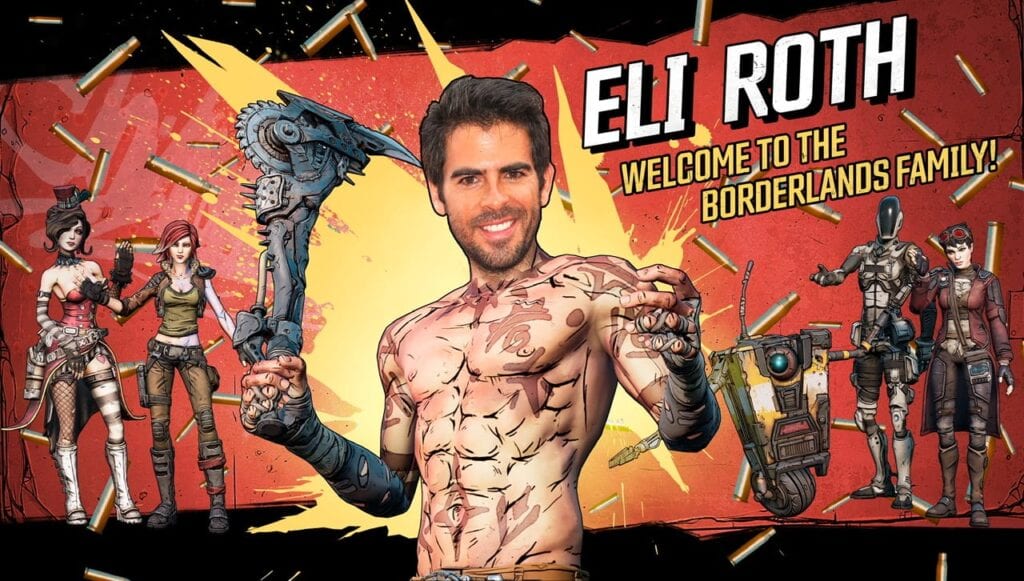 Hollywood seems to be headed into the dawn of a new era for film adaptations of fan-favorite video game franchises. The Sonic the Hedgehog movie recently earned the highest-grossing opening weekend for a film based on a video game, and next year will see a major big-budget reboot for the Mortal Kombat series on the silver screen. One franchise that many have wanted to see adapted to film is Borderlands, the video game title announcing a theatrical movie adaptation back in 2015. While little progress has been made since the reveal, it seems fans may finally get their wish, as the long-dormant project has recently landed a director.

I’m very excited to welcome Eli Roth as Director of the Borderlands movie in development with Lionsgate and Arad Productions. Please welcome @EliRoth to the team and be sure to catch the @GearboxOfficial Main Theater Show at #PAXEast on 2/27 to learn more. #borderlandsmovie pic.twitter.com/Uaxs7jm10i

Gearbox Software CEO Randy Pitchford recently re-confirmed the new Borderlands movie on his official Twitter account. In the tweet, Pitchford confirms that the film’s director will be none other than Eli Roth, best known as the director of horror films like Cabin Fever and the Hostel trilogy of movies. As per Prima Games, the film will be developed in conjunction with Lionsgate and Avi Arad’s production company, Arad Productions. In regards to staying truthful to the franchise’s roots, here’s what Roth had to say:

“I’m so excited to dive into the world of Borderlands and I could not be doing it with a better script, producing team, and studio,” Roth said about joining the Borderlands movie. “I have a long, successful history with Lionsgate – I feel like we have grown up together and that everything in my directing career has led to a project of this scale and ambition. I look forward to bringing my own energy, ideas, and vision to the wild, fun, and endlessly creative world of the game. Randy Pitchford and everyone at Gearbox have been incredibly supportive of my ideas – it really feels like a perfect storm of creators coming together.”

We are out to make a new classic, one which the fans of the game will love, but also one which will find new audiences globally.”

Roth, Pitchford and the rest of the Borderlands creative team are set to appear at PAX East later this month, but aside from this, little else is known about the current incarnation of film at this point—including casting choices. Still, this announcement will surely excite numerous Borderlands fans and introduce the series to casual audiences worldwide. Now we wait and see if enough fan petitions can get Danny Devito cast as the voice of Clap Trap.

We’re coming to #PAXEast with some big announcements, including the reveal of #Borderlands3’s second campaign DLC!

Are you guys excited for this new Borderlands movie? Let us know in the comments below! Be sure to stay tuned for the latest Borderlands news, such as one fan’s impressive Zane from Borderlands 3 cosplay, here on Don’t Feed the Gamers! Follow us on Twitter to see our updates the minute they go live!

Animal Crossing: New Horizons Can Turn Your 'Best Friend' Into Your Worst Enemy