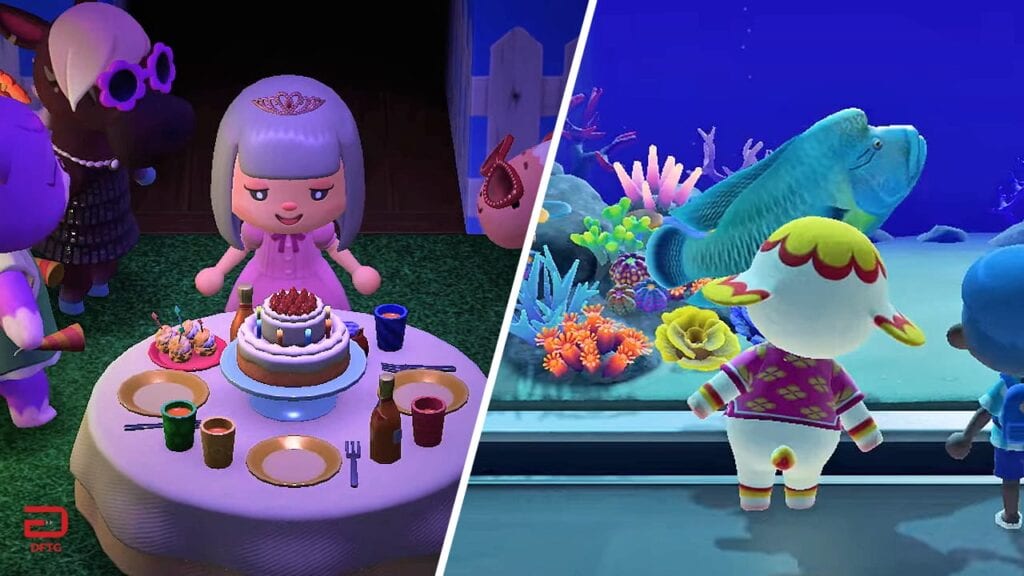 As previously announced, Nintendo has revealed a ton of new information regarding the nearing release of Animal Crossing New Horizons, the deets all wrapped up in the game’s own special Direct presentation. While a great length of the 20-plus-minute showcase was dedicated to new inclusions of the cutesy living sim, a proper look also showed off and teased the many updates players can expect once the game hits the Nintendo Switch.

As revealed in the presentation, Animal Crossing New Horizons is set to include free regular updates and improvements as well as limited-time seasonal events centered around the occasional holiday. The first of these updates have already been dated for March 20th—the day the game officially becomes available for the Switch. As of now, the full extent of this day-one addition is currently unknown, but Nintendo reveals the patch will introduce players to a festive Bunny Day event arriving sometime in April.

Events like the Fishing Tourneys and Bug-Offs will provide tons of fun in #AnimalCrossing: New Horizons, but that’s not all! Free updates will bring seasonal events and guests. The first update introducing a special Bunny Day event in April will be available on 3/20. #ACNH pic.twitter.com/HeEi252jVx

Of course, these updates aren’t the only content being carefully doled out to players. Through regular play, in-game island residents will also see the gradual availability of more neighborly critters, visiting tourists, as well as a variety of structures, facilities, and even other islands to explore in the game. The construction of campsites, premium item shops, museums, and more will all become open to the player alongside an expansion of the game’s main Resident Services building—an area which sees the return of series character Isabelle from her stay in Super Smash Bros. Ultimate.

New facilities are available to be built on your island in #AnimalCrossing: New Horizons, from a museum showcasing the island’s rich ecosystem, Nook’s Cranny, the Able Sisters’ tailor shop, a campsite, and so much more. #ACNH pic.twitter.com/Pc3pGQ6eSg

What do you think? Are you excited about the free updates coming to Animal Crossing New Horizons? Let us know in the comments below and be sure to follow Don’t Feed the Gamers on Twitter and Facebook to be informed of the latest gaming and entertainment news 24 hours a day! For more headlines recently featured on DFTG, check out these next few news stories: