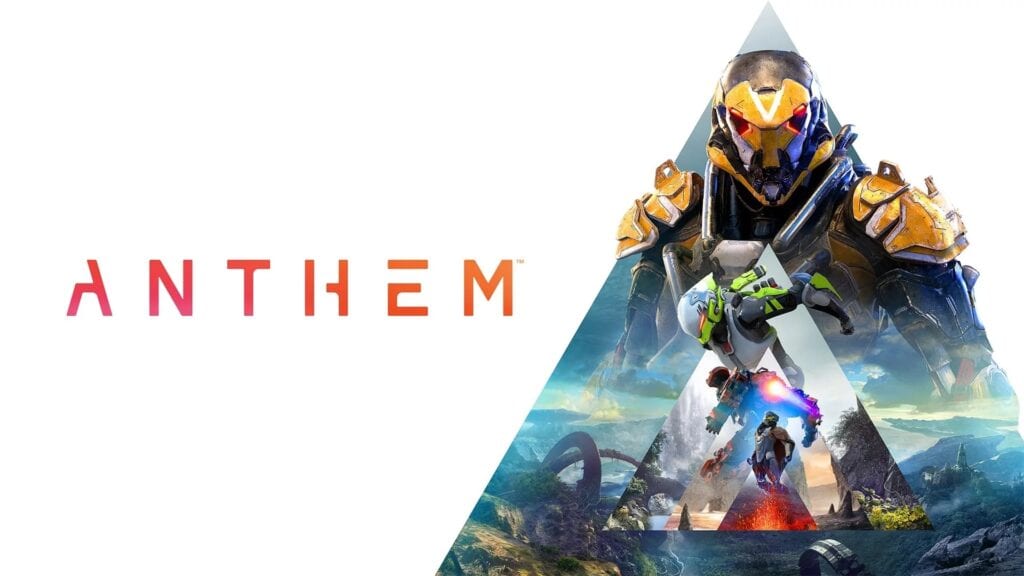 When BioWare announced the existence of Anthem some years back, the reveal was met with both excitement and skepticism. On the one hand, the premise of the game sounded pretty thrilling; players are given free reign over customizable ‘Javelins’ that can be used to traverse gorgeous environments and deliver swift vengeance upon their enemies, all the while enjoying BioWare-level storytelling wrapped in a neat triple-A package.

On the other hand, though, the underwhelming release of Mass Effect: Andromeda was still fresh on everybody’s minds given that it was the most recent big BioWare title, and as such fans were concerned that Anthem, like Andromeda, wouldn’t live up to the enormous hype built around it. Thankfully, I am happy to report that Anthem does in fact live up to expectations, though not without its share of issues that do in part take away from the experience. Here’s our spoiler-free review of Anthem.

BioWare doesn’t pull any punches when it finally hands over control to the player after its first world building scene, and the developer stays pretty consistent in that approach throughout the experience. There are of course the occasional tutorials when a new feature crops up, which are more often than not locked behind story progress, though the breakdowns are fairly minimal and the player is tasked with exploring on their own to really get an understanding of what they’re capable of doing.

Building on that, BioWare definitely doesn’t hold your hand, especially in terms of game controls. Halfway through the beginning tutorial stage a little tooltip cropped up, almost as an afterthought, with a message that was basically “by the way, press Triangle to melee attack.”

The devs are thankfully a bit more cautious with teaching you how to fly your Javelin which, as I’m sure you’ve heard numerous times by now, is honestly one of the best parts of the game. Flight is done in such a way that it is absolutely exhilarating, and the mission locations are typically laid out in such a way that players will often find themselves shooting out from behind a waterfall, or dropping into a nosedive and landing right in the middle of a group of enemies. Basic controls are given to the player as they unlock different systems, though it is chiefly up to the player’s experimentation to realize oh, hey, pressing the right analog stick lets you hover in mid-air! 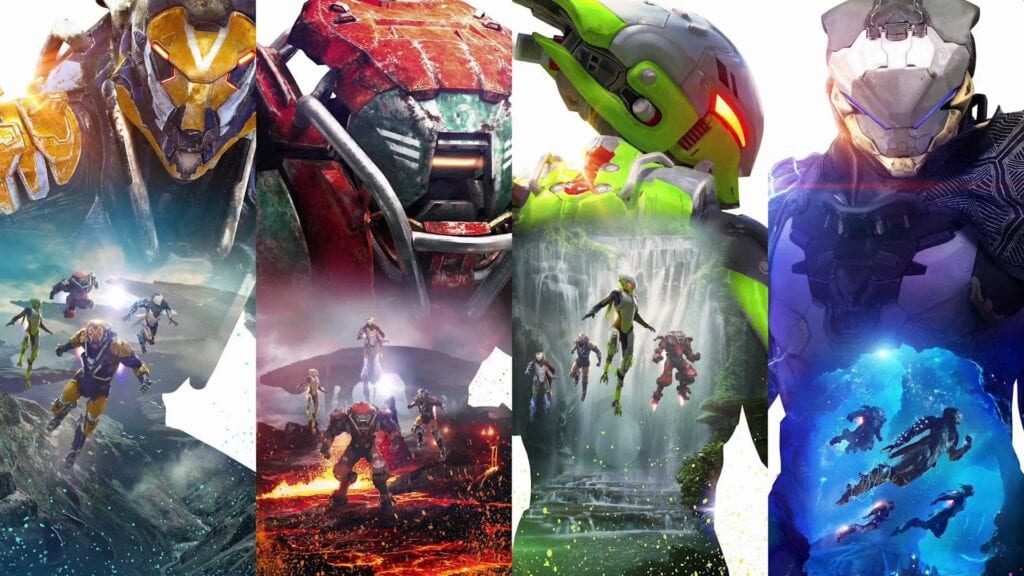 In regards to combat, the mechanics in place for transitioning between land and air are quite smooth, which makes it extremely satisfying when dropping into a group of Scars and delivering a powerful melee attack (by pressing triangle!). Stepping away for a moment from my penchant for getting up close and personal, Anthem lets you do basically whatever you would like to in regards to playstyle, with initial limitations only in place due to only having a single type of Javelin unlocked. That said, I had some trouble stepping away from my favorite Javelin (Interceptor), though the other options that are presented (Storm, Ranger, Colossus) all have their own desirable qualities and abilities.

The RPG elements of Anthem are deceptively deep, and as such can add a significant layer of depth to the player’s playstyle choices. Not unlike what Warframe does with mods, Javelins can be equipped with several different types of mods that augment the user’s experience. Prefer to stay up close and personal? An Interceptor Javelin augmented with melee damage+ mods is a great way to go. Prefer to stay a safe distance away while providing aerial support? A Storm Javelin tooled with cooldown systems and weapon damage+ mods might be more your speed. The sky is the literal limit here, and BioWare does a great job at giving players that little bit of extra satisfaction when discovering a new, or even a more powerful mod than one you may have already acquired.

Anthem’s combo system is presented as a fairly simple affair, though executing a combo deals massive damage to the enemy and, well, it makes you feel pretty awesome. The system itself isn’t dissimilar to the latter Mass Effect games, with Javelin abilities being split up into two groups: Primers that set the combo up, and Detonators that finish the combo and provide the player that does the detonating with a unique buff depending on their type of Javelin. These details combined with the simple fact that each sprinting Javelin footstep is punctuated with controller vibration gives the player a feeling of unrivaled power that doesn’t seem to dull as the story goes on. 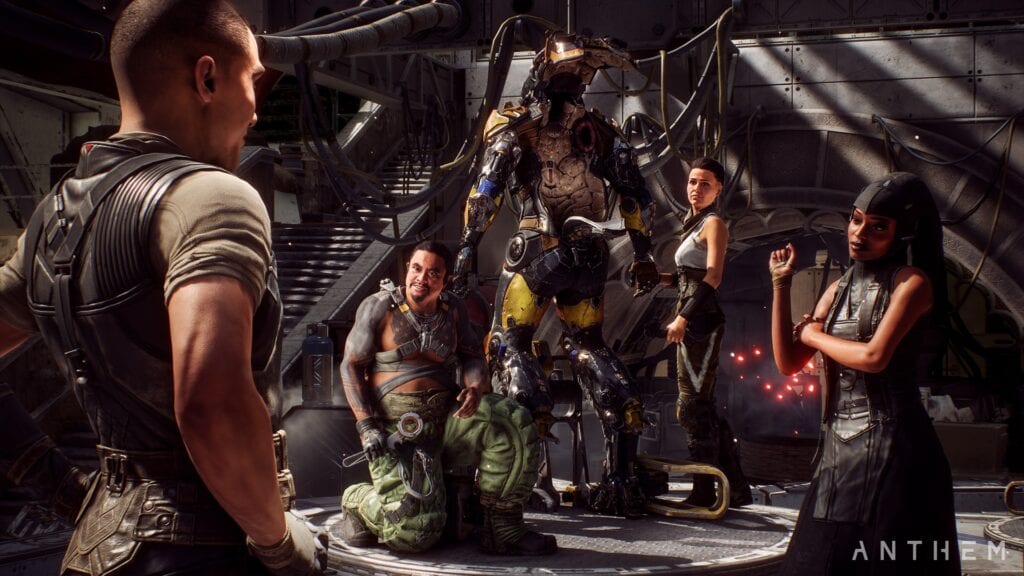 Not unlike other BioWare games, the amount of storytelling to be found within Anthem depends entirely on the player’s drive to discover it. Fort Tarsis is a deceptively big place, and within its walls are a variety of different characters whose stories are just waiting to be told, the player need only go and seek them out. Even the different locales within the Fort have stories to tell, with the bar in particular containing its own sordid bit of history, which just so happens to include an awesome reference to Dragon Age.

The voice acting is yet another strong suit in favor of Anthem, though my own personal gripe is with the sound mixing when the player is in their Javelin. The sound is, unfortunately, a bit garbled and static-y. Don’t get me wrong, I know full well that the communication between your character and their Cypher, Owen, is through radio, though it’s almost as if the dev team turned the radio static up to 11. Otherwise the voice-overs and sound effects are on point, it’s just grating enough that it deserves a mention here. 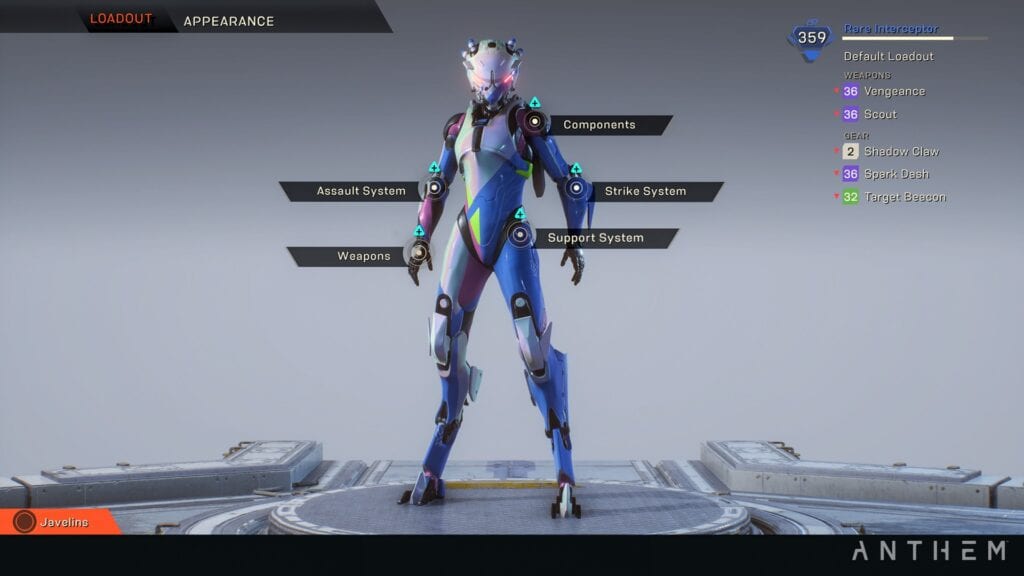 There are unfortunately some negatives to go along with all the positives mentioned above. Until very recently, the loot system in Anthem wasn’t particularly impressive, with Inscriptions (think stat bonuses) providing oft-times awkward bonuses depending on the item it was found on. The best example of this was provided by BioWare itself, citing that an assault rifle could have had an item specific +pistol damage Inscription. The patch that helped resolve these issues came late in my review period, so I for the most part had to take their word that the update made the situation more bearable.

The loading screens are an entirely different issue, though it was much less of a nuisance once the game’s social hub ‘Launch Bay’ was unlocked. From then on, players can choose to transition from the end of a mission over to said Launch Bay, rather than enduring the lengthy load time to get back into Fort Tarsis. That said, BioWare is more than committed to ironing out the wrinkles the game still has, and the experience as a whole is more than worthwhile enough to keep players coming back for more.

All in all, Anthem delivers exactly what BioWare promised it would, and the issues that many other news outlets have been reporting on can, for the most part, be chalked up to issues that can easily happen with any live service game. For those looking to explore a brilliant new universe, fall in love with an impressive cast of unforgettable characters, and stick it to the Scars, the Dominion, Outlaws, and more, look no further than Anthem, as long as you’re willing to navigate past what will surely in the future be considered as mere growing pains.

BioWare’s Anthem is now available for PC, PlayStation 4, and Xbox One. 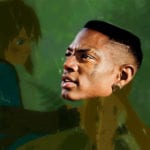