Baldur’s Gate 3 Devs Detail What Hell Will Be Like, Lawyers Included 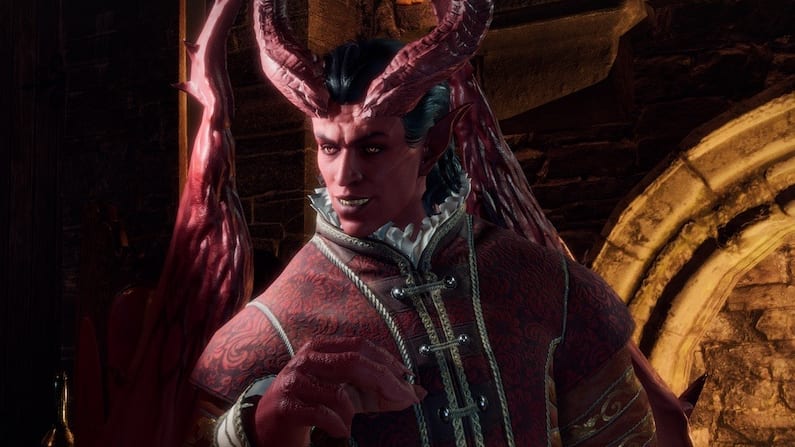 One of gaming’s most highly anticipated titles on the horizon is Baldur’s Gate 3, which has had fans of the franchise excited since its announcement last year. Many have been waiting for a third core original entry in the series for nearly two decades now, and in little more than a month, it will finally become a reality. With the benefit of modern gaming technology being able to enhance the depth of gameplay systems, Larian Studios has provided a better look at what the version of hell in Baldur’s Gate 3 will look and perform like.

PC Gamer (via Prima Games) recently released a new interview with Larian Studios CEO Swen Vincke about Baldur’s Gate 3. Larian Studios has been referring to Wizards of the Coast’s original Dungeons & Dragons source material for this game, and Vincke is apparently convinced that Wizards of the Coast used lawyers as the inspiration behind devils in the world of the Forgotten Realms. As he claims:

I strongly suspect that Wizards of the Coast-based devils on lawyers. They have a whole code of laws, and when you make a pact, the pact is holy. You have to be very careful about the wording of the contract.”

Vincke also mentions how the soul coin is the currency of hell, and that players will be presented with them fairly early on in Baldur’s Gate 3. It seems that this strict transactional nature of hell’s economy will also extend to other systems of the underworld society. As Vincke states:

You’ll get a good sense of how the mechanics of Hell work. There’s an element of perpetual fear and competition. There are a strict hierarchy and the absolute rule of holy law. It allows us to do interesting moral situations and quests, and we tie it all into what’s happening in the real world above. If you’ve accepted pacts that have been offered to you by devils throughout your adventure, that changes things a lot.”

These pacts will also directly affect the player and their party members, as the devil Raphael, seen already in gameplay footage, will attempt to make deals with these important characters that could have huge ramifications. Hopefully these deals prove to not be entirely costly when the game releases on September 30th for Early Access. Otherwise Cuphead will be telling us all “I told you so.”

What do you think about these systems for hell in Baldur’s Gate 3? Let us know in the comments below! Be sure to stay tuned for the latest Baldur’s Gate 3 news, such as Baldur’s Gate 3 hitting Early Access next month, here on Don’t Feed the Gamers! Follow us on Twitter to see our updates the minute they go live!