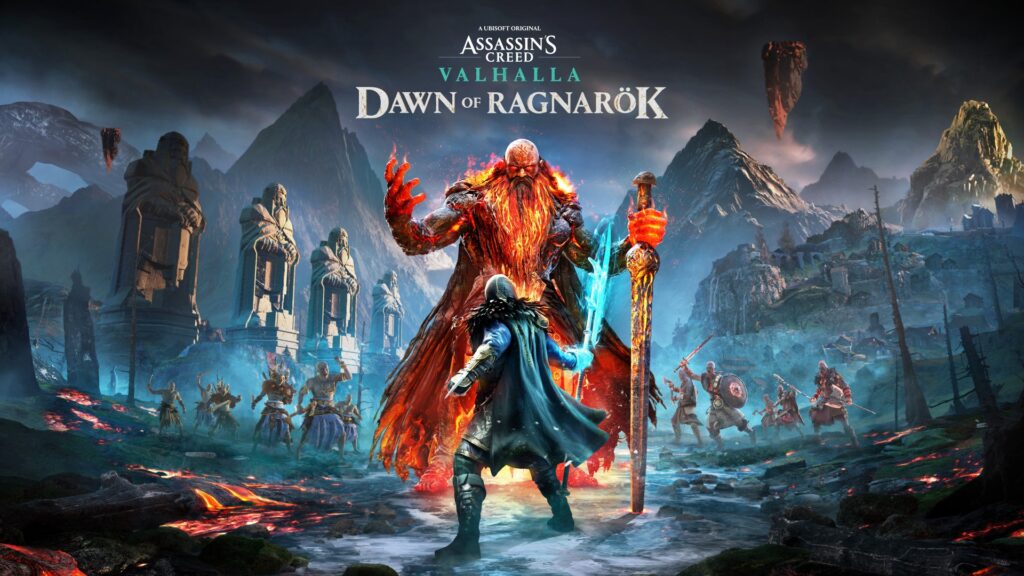 Ubisoft released a new blog post on their official website detailing the upcoming Assassin’s Creed DLC. The most significant disclosure in the post was Assassin’s Creed Valhalla Dawn of Ragnarok, which is suggested to be the biggest expansion for any game in the series yet, and will put players in control of Odin. The Norse god is said to be in search of his kidnapped son Baldr and will encounter many elements of Norse mythology on this quest. Odin has access to an artifact called the Hugr-Rip, which allows Odin to utilize the powers of defeated enemies. As Ubisoft Sofia creative director Mikhail Lozanov states:

“One of the key elements of the vision of Dawn of Ragnarök is to make players engage with the world and its inhabitants; to encourage players to observe and explore the world, and to experiment with the challenges we offer them. The powers that Odin can acquire from defeated enemies will allow players to traverse the vast world and create opportunities that were not possible before. For example, players who love stealth gameplay will be able to remain concealed and use this to their advantage. The powers are designed towards almost every kind of gameplay style that our players love.”

Ubisoft also unveiled some new crossover DLC with Assassin’s Creed Odyssey. The new free story called “Those Who Are Treasured” will have Kassandra from Odyssey engage in combat against Eivor from Valhalla. This crossover DLC is available now, while Assassin’s Creed Valhalla Dawn of Ragnarok is set to be released on March 10th, 2022. It’s good to see Ubisoft provide so much DLC to keep the fighting in Valhalla stretch until Ragnarok (the real one) arrives.

What do you guys think about the Assassin’s Creed Valhalla Dawn of Ragnarok DLC? Let us know in the comments below! Be sure to stay tuned for the latest Ubisoft news, such as the newly announced Splinter Cell remake in the works at the studio behind Far Cry 6, here on Don’t Feed The Gamers! Follow us on Twitter to see our updates the minute they go live!