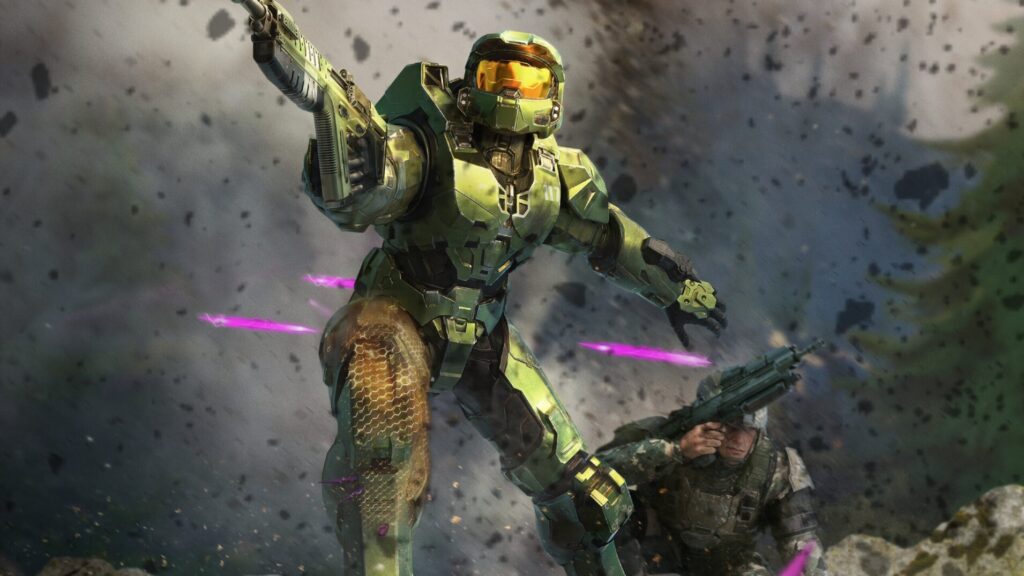 Halo Infinite has been available to the public for just over a week now, and fans have been delighted to see the return of Master Chief to Xbox. After facing several delays, Halo Infinite has finally given Xbox Series X users the exclusive title that makes full use of the console’s next-gen technology. Halo Infinite also saw its multiplayer mode released weeks early, to help drum up excitement for the game, though 343 Industries suggested the co-op campaign for the game would not arrive until next year. However, it seems that Halo Infinite players have used a glitch to unlock the co-op campaign.

YouTube user NobleActual was one of the Halo Infinite players able to unlock the game’s co-op campaign early on Xbox Series X/S. As evidenced by a video on his Twitter account, he was able to share footage of him playing the game’s co-op mode locally with two controllers. The players in the split-screen footage only crouch and move slightly, so it is possible NobleActual was controlling both players himself. To unlock the co-op mode, NobleActual gives the following steps:

While this should work, Halo Infinite players should know that the co-op mode has some limitations and risks at this point. The second player will not have a HUD and various graphical features like the lighting systems will not be fully functioning. Accessing the co-op mode now might also corrupt some save files, and it is not available on PC or through online co-op. Still, for friends looking to play Halo Infinite together, it’s pretty cool to see that players can break through. Hopefully the fully polished mood is fully restored, like a refreshed Master Chief after taking several needler rounds to the gut.

What do you guys think about the Halo Infinite players unlocking the co-op campaign early with a glitch? Let us know in the comments below! Be sure to stay tuned for the latest Halo news, such as the first trailer for the live-action Halo television series for Paramount Plus, here on Don’t Feed the Gamers! Follow us on Twitter to see our updates the minute they go live!