The upcoming FPS title Prey is a highly anticipated title slated for 2017 that crafts a strong narrative with its decision-based storyline and suspenseful atmosphere. After Dishonored 2 experienced some ill-met complications with its release, especially regarding the PC port, Arkane Studios wants to reassure fans that they have worked dillegently to ensure a “flawless” release on the popular platform.

The game itself thrusts the player into the role of Morgan Yu who finds themselves stranded in a hostile environment aboard a space station teeming with aliens with less than pleasant intentions. The player can choose which gender Yu will be as well as what choices will be made to effect the overall tale’s flow. Weapons, resources, gaining alien powers in a fit for survival – Prey has been compared to games like BioShock in its mechanics and story-style.

For this game we wanted to go back more into the RPG side. A little more open. A little less “action-ey” probably, those there is still a lot of action.”

In a recent interview, Prey’s co-creative director Rafael Colantonio and lead designer Ricardo Bare answered quite a few questions from the community for insight on NPCs, the narrative, and what they think about comparisions to other games in its genre. Among those questions take note of a growing concern that Prey will fail to meet expectations when looking at performance.

We had a rough launch on the PC [with Dishonored 2] … In development you never exactly know what you’re going to see, most of all with PC because there are so many different configurations and stuff. Unfortunately, it’s what it is, it shipped, then it got patched, and now it runs really well. So of course, we are paying double-attention to making sure that this time, the PC version is really flawless when we ship.”

The two Arkanians seen in the podcast by Game Informer in the video below seem extremely connected to the gaming community as gamers themselves, which is refreshing to see. With any launch across multiple platforms, it is difficult to predict every mishap that could possibly occur so their diligence may still be met with hardship, no one can say for certain. Regardless, it does appear that the team themselves are aware of possible issues and are working hard to avoid it, especially after the tumultuous release of Dishonored 2:

There’s a little bit more QA time. Also it’s a different engine, so the constraints are different. In the case of Dishonored, we created a new engine, really, even those it’s based on idTech, most of it has been redone … In the case of Prey we’re using the CryEngine, so it’s an engine that has already shipped things before. So it’s not the same configuration. Nevertheless, we are of course aware of [PC issues] now, and were back then already, but it caught us by surprise a little. This time we’re paying more attention for sure.”

With everything we have seen so far of the upcoming space title, it definitely possesses a lot of intrigue, especially with a plot molded by the hands of Fallout: New Vegas writer, Chris Avellon. The smooth mechanics, customizable protagonist, and thoughtful gameplay all point to a successful launch for Arkane’s latest project. The game itself is still in development but is slated for release on PC, PlayStation 4, and the Xbox One.

What are your thoughts on the upcoming title? Are RPGs (role-playing games) your style or are you a more run and gun type of gamer? Join in on the conversation in the comment section below and stay tuned with us here at DFTG for all of your gaming news! 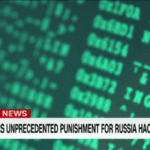 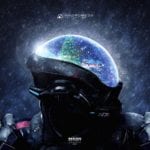 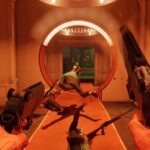 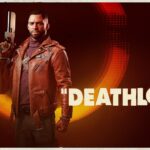 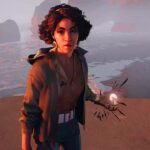 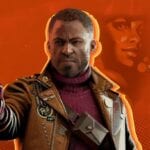 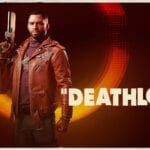