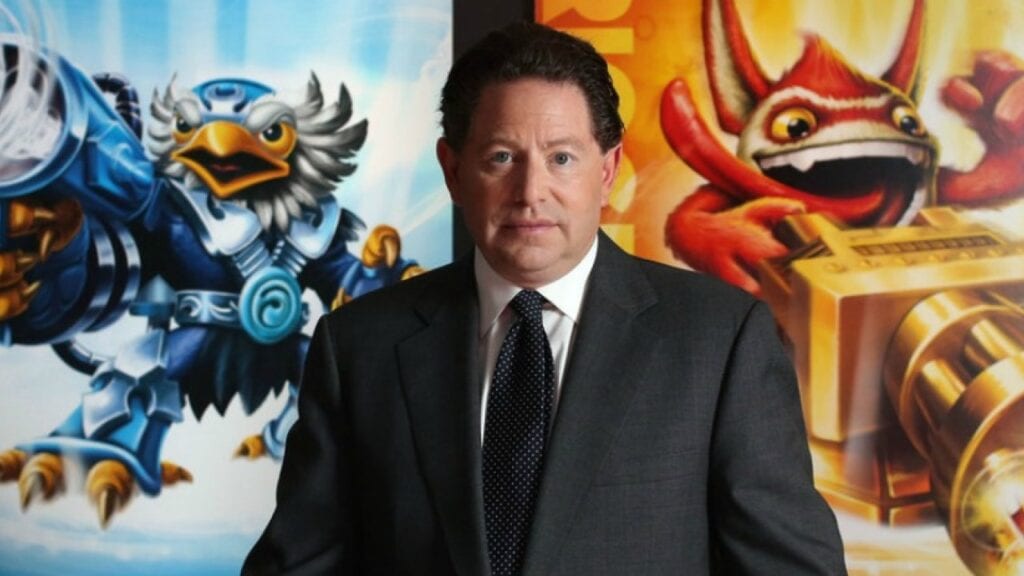 As Activision Blizzard employees continue a legal battle alleging years of misconduct and discrimination within the company, the higher-ups have responded with several notable firings, but CEO Bobby Kotick appears to be making larger strides in that direction upon the release of a new employee letter. Specifically, Kotick has requested to take a vastly-reduced salary as the company enacts several company-wide commitments to snuffing out harassment.

In the letter, Kotick requested the Activision Blizzard Board of Directors to enact five measures to forge a “welcoming, inclusive” environment, including a company-wide zero-tolerance harassment policy, vastly diverse hiring initiatives, pay equity transparency, and the promise of regular changes in the future. Most notably, the letter also posed the end of mandatory arbitration, a practice believed to have left numerous employee harassment claims unresolved.

The five commitments mentioned by the Activision Blizzard CEO are listed in full below.

These five measures are an undoubted response to the company-wide walkout that took place back in July. Gaining traction after the lawsuit’s poor initial response from leadership, the protest memorably generated a series of demands, many of which, such as mandatory arbitration and diverse hiring initiatives, are specifically addressed in the new Activision Blizzard letter. Going against his overpaid reputation, Bobby Kotick has declared his commitment by taking a vastly-reduced salary – minimum wage, as a matter of fact – until these changes are officially put in place.

“I have asked our Board of Directors to reduce my total compensation until the Board has determined that we have achieved the transformational gender-related goals and other commitments described above,” the Activision Blizzard CEO wrote. “Specifically, I have asked the Board to reduce my pay to the lowest amount California law will allow for people earning a salary, which this year is $62,500. To be clear, this is a reduction in my overall compensation, not just my salary.”

Bobby Kotick may be reducing his wallet for the time being, but the CEO’s measures are only the latest happening regarding the ongoing Activision Blizzard saga. The company’s annual BlizzConline presentation was officially postponed for the foreseeable future, the misconduct lawsuit reached the federal level, and the Overwatch series may have lost an executive producer, but it gained a new McCree in the freshly-renamed cowboy gunslinger Cole Cassidy.

​What do you think? Are you glad to see Activision Blizzard make an effort to correct things behind the scenes, or do you feel much more still needs to be done? Let us know in the comments below and be sure to follow Don’t Feed the Gamers on Twitter and Facebook to be informed of the latest gaming and entertainment news 24 hours a day!​