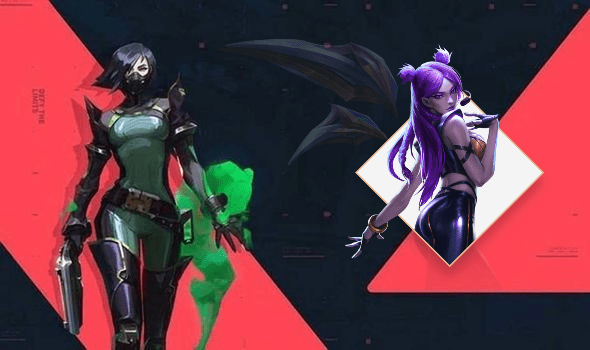 With Valorant leaving its Closed Beta phase within the next few days, fans of the new free-to-play FPS are already waiting anxiously for the game’s official launch, which is slated to bring a slew of new content to the title. These additions include a new map, an early release of a new game mode, and the 11th Valorant agent, whose reveal has the potential of being very “spicy.”

This interesting verbiage comes by way of Valorant game director Joe Ziegler, who recently appeared in a Summer Game Fest video alongside executive producer Anna Donlon to speak about the new content slated to launch with the game. According to Ziegler, the original plan was to feature 12 Agents at launch, though the plan shifted to instead feature 11, as one of them “just didn’t make the cut” in part due to uncertain working conditions because of the pandemic.

On the other hand, the 11th Agent is still on schedule launch with the full release of the game, and said Agent’s reveal has the potential to be “spicy,” according to Ziegler. “But the 11th Agent that people are gonna see on day one is definitely gonna be an interesting one and a little spicy potentially,” Ziegler said. “So, we’ll see how people react to it.”

The end of VALORANT Closed Beta is upon us! Now’s the time to rally your troops for one last weekend of game time before launch. May the queues be ever in your favor. pic.twitter.com/vSGJThpC50

As shown above, the only other clue we have regarding the identity of the 11th Agent is, well, their foot, which can be seen at the far right of the above picture. Given that Joe Ziegler mentioned that the 11th Agent reveal could be spicy, there is a substantial possibility that Riot Games plans on introducing a League of Legends Champion as a new Agent. Naturally from here we’d be looking at the marksmen champions as possible choices, with the boot’s design fitting one such champion better than others:

This is all conjecture at this point, though it’ll certainly be an interesting choices – and a potential standard moving forward – if a League Champion like Kai’Sa were to end up on the Agent list. Thankfully it won’t be too much longer before we get an official reveal, as Valorant is slated to launch on June 2, 2020.

So, thoughts on who the 11th Agent could be? Let us know in the comments section below, and as always, stay tuned to Don’t Feed the Gamers for all the latest gaming and entertainment news! Don’t forget to follow DFTG on Twitter for our 24/7 news feed!