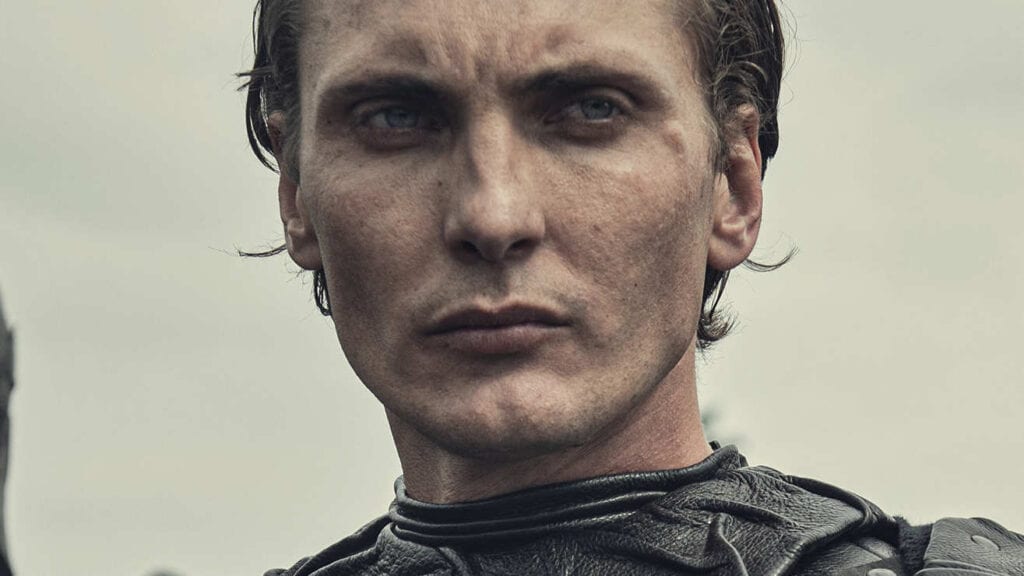 Netflix’s The Witcher had an excellent showing for its first season, giving fans a look at the franchise’s world like never before in all its dark and gritty glory. While there were some changes made that fans weren’t quite happy with at first, one stands out among the rest. The Nilfgaardian armor that was featured in the show was quite peculiar, not looking much like armor at all but rather a bulky, fleshy suit. Thankfully, it looks like the show is doing away with it in favor of some gear that looks more like what fans might expect to see in a fantasy setting.

A recent Tweet has arrived from the Redanian Intelligence, a site dedicated to finding information on The Witcher. Redanian Intelligence was able to reveal the Nilfgaardian armor last year and this year it seems they’ve also discovered the next look for the Nilfgaardian military. A photo was captured by professional photographer Terry Blackburn at Fountain Abbey showing off Eamon Farren as Cahir wearing his shiny new black and gold armor. While the character’s helmet does still look fairly ostentatious with a large feathered crown, it looks more fitting within the universe as a whole. The image also features a new look for the sorceress Fringilla Virgo, played by Mimi Ndiweni. It’ll be interesting to see what other design changes have been made for Netflix’s The Witcher Season 2, but for now, this will have to suffice.

There’s no official release date set for The Witcher’s second season quite yet but it is expected to arrive sometime next year. What other season 2 designs are you hoping to catch a glimpse of before the show resumes next year? Let us know your thoughts on the improved Nilfgaardian armor in the comments section below. As always, don’t forget to follow Don’t Feed the Gamers on Twitter for 24/7 coverage of all things gaming and entertainment.