As promised, Microsoft’s Xbox Games Showcase has revealed several of the biggest games coming to the next-gen Series X console, with the likes of Halo Infinite and the long-awaited unveiling of an all-new Fable game being the arguable standouts of the presentation. Of course, these weren’t the only showstoppers of the event, as developer Undead Labs also took the time to confirm State of Decay 3 was officially in development, with the announcement made in a creepy new trailer.

The big revealed happened in the form of a cinematic trailer, the footage showing off an ominous forest setting covered in a blanket of snow. Far from the zombie hordes the series is known for, the trailer follows a hunter trekking their way through the woodlands and encountering a deer on the way. However, the footage quickly establishes that this is no ordinary deer and is in-fact a ferocious zombie deer hungry for human flesh. Check out the trailer below.

Other than the game’s in-development status, there wasn’t much announced regarding State of Decay 3. However, one can surmise from the trailer that zombified animals will be included in the threequel, a surprising development as the series has only featured humanoid zombies thus far. Regardless of details, fans are sure to be hyped for the new game’s arrival, especially considering support for State of Decay 2 had only recently come to an end with the game’s content-heavy Juggernaut Edition. No platforms are currently listed for the upcoming title, but it wouldn’t be crazy to expect PC and Xbox Series X versions for the Xbox Game Studios release.

What do you think? Has your hype for State of Decay risen from the dead, or are you speculating how the the game might use next-gen to its advantage? Let us know in the comments below and be sure to follow Don’t Feed the Gamers on Twitter and Facebook to be informed of the latest gaming and entertainment news 24 hours a day! For more headlines recently featured on DFTG, check out these next few news stories: 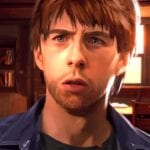 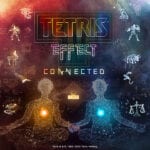